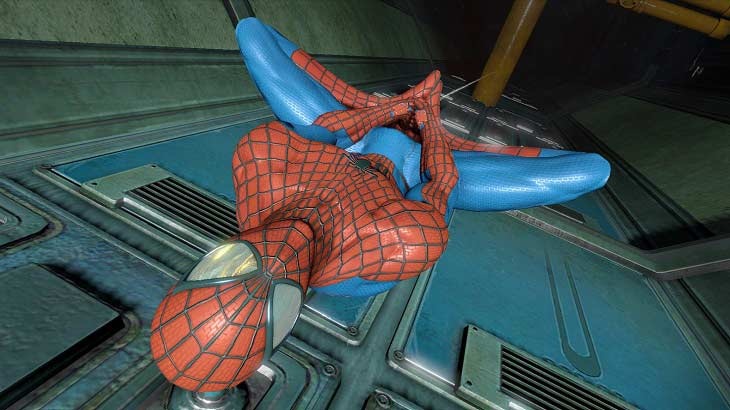 Earlier this week, we got the chance to see some gameplay for the upcoming tie-in game to The Amazing Spider-Man 2. It pretty much looked exactly like the first game. But apparently, there’s more to what we saw. Such as an opportunity to confuse your grey matter hemispheres.

“The new mechanics of web-swinging are more than just a visual tick, and that’s why we often start off pointing them out,” Beenox Creative Director Thomas Wilson wrote on the PS Blog about the new web-swinging mechanics.

Controlling separate sides of Spider-Man with separate sides of your brain has a great psychological effect, and it really immerses you even deeper into your character, particularly when you have to decide to use the right or left trigger based on the physical location of buildings as you swing through the city.

The Amazing Spider-Man 2 will once again have cellphones play a prominent role, while a new “Hero or Menace” system will aim to give the game more consequences for actions performed in it. “The new “Hero or Menace” system is a way for us to personalize the act of safeguarding everyday citizens’ lives, by adding real consequences for Spider-Man and the city as a whole based on your actions (and inactions),” Wilson wrote. 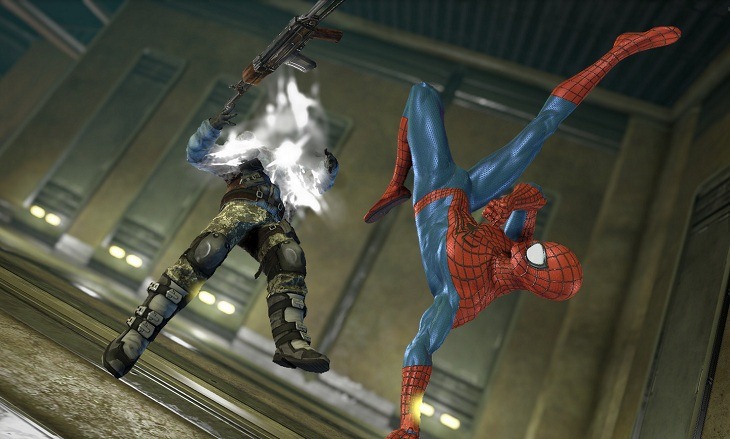 We really want you to feel like you’re the hero behind the mask, and that means giving you all the challenges and choices that ol’ Webhead has to deal with moment-to-moment.

Which leads to one other new addition, the fact that gamers can slip out of some sweaty spandex (I’ve been there before), and into regular civvie clothes:

And that also means letting you take off that mask to experience a slice of life from Peter Parker’s perspective by investigating multifaceted characters, as well as letting you go home to visit Aunt May and take care of personal business. The sight of Peter’s wardrobe is a cool one, and we’re excited for players to get their hands on the range of suits we’ve included in the game. As with the shift in web-swinging, these costume choices offer far more than just a cosmetic effect.

One thing that I hated in the 2012 game based on the first film, was that there was buggerall creativity to indoor missions. You were either in a sewer, or exploring 50 shades of drab grey in yet another corridor. I’m not expecting this sequel to be a massive overhaul of the foundation that the first game created, but if it can improve on and actually offer more with the same…Then that actually won’t be so bad after all.