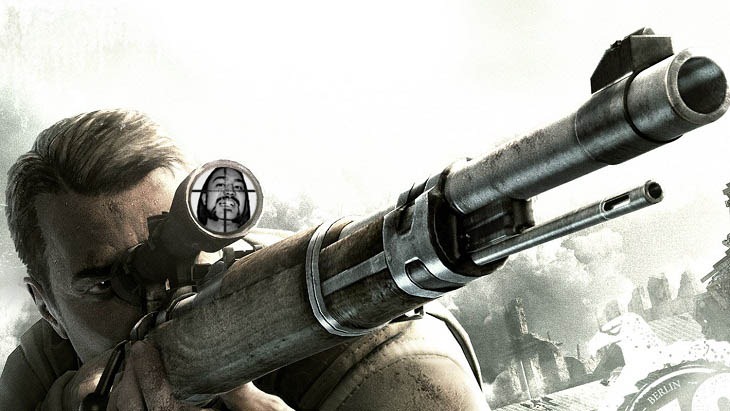 Sniper Elite has always been an odd kind of game. The story is usually bland, the lead character is about as deep as a V-neck top and several gameplay features felt archaic at best. But when it comes to squeezing the trigger and ending the digital life that’s in your scope, there is no other game on the market that is as satisfying. And Sniper Elite 3 is kicking the signature kill-cam up to a new level.

If you can’t see the video above, and have no idea what kind of game Sniper Elite is, let me lay out it down for you: It’s a sniping game…That’s about it. But Sniper Elite is pretty much the best game on the market in that sub-genre.

It’s all thanks to the kill-cam, which slows down time during certain kill-shots, throws some X-Ray vision over your poor victim and shows you in gruesome detail just what exactly your bullet is doing to him. All the bits of bone and flesh that splatter whenever a bullet penetrates a former Nazi.

It’s rather gruesome, but undoubtedly gorgeous to watch if you’re as secretly twisted on the inside as I am. And for the third Sniper Elite game, that kill-cam will now boast even more detail. More realistic blood, new muscle layers and a circulatory system.

The bonus though, is that there’ll now be vehicle kill-cams in the threequel as well. A well-placed shot can kill an engine, as the new kill-cam shows in excruciating detail as it rips through pistons and gears. For many car lovers, this will be more horrific than seeing a soldier have his eyes ripped apart with a single deadly bullet.

It looks completely sick. Interpret that in whichever way you want.