Home Gaming Sony can't be expected to break even

“Based on DFC’s most current research, she (Wanda Meloni)Â says, Sony’s production losses per individual PS3 mean that the console can’t be expected to “break even” across its lifetime”

That is the startling conclusion of DFC’s recent analysis of the video game industry, apparently due to the huge manufacturing costs and competitive industry the PS3 is now not expected to even cover it’s own costs over it’s entire lifespan… Which according to Sony is 10 years.

It’s not all doom and gloom for Sony though as they are expected to still hold 40-50% of the market, which makes no sense to me as that would make them easily the leading console and if they win the race and still don’t make a profit you can bet they are going to think twice about bringing out a PS4.

Especially when their Nintendo pals are rolling in the cash from their supposedly inferior product while Microsoft is poised to score a large slice of the market and who are already making a profit as well.

Why are things just so confusing when it comes to Sony’s financials?

Is it just me or does the name Wanda Melon make you giggle? 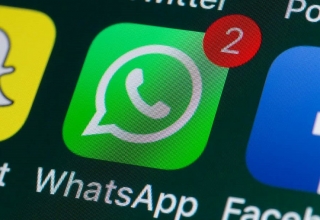 At least one messaging app won't be getting inundated with ads anytime soon.