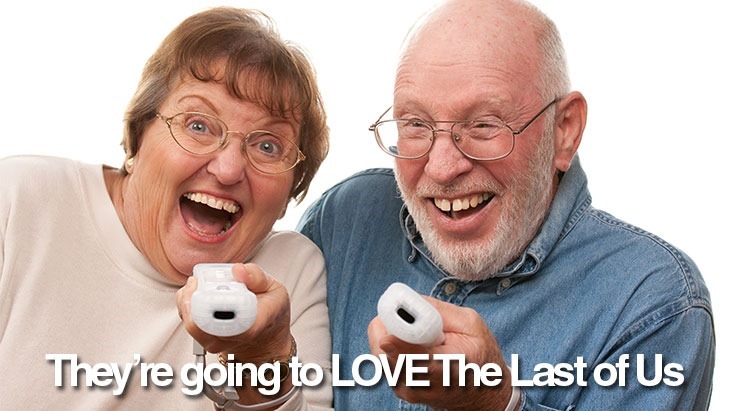 Sales of the original Wii may have tapered off to nearly nothing, but it’s still the biggest selling console of the last generation. Many of those new-to-gaming Wii families have packed the things away or thrown them out with yesterday’s trash – but a fair number have seen the light, and want to continue dabbling with the wonderful medium of videogames. It’s those people that Sony wants to buy a PlayStation 4.

Sony’s current PS4 success can be attributed to the core sort of gamer – but it’s the other sort that Sony wants to win over as well.

“Our big opportunity is to welcome back an audience much earlier in the lifecycle that possibly bought into the Wii previously,” Sony’s Andrew House said in an interview with Eurogamer.

“Whether it’s based on this is a really good all-round entertainment device for a family in addition to having great games, our consumer data suggests some of those people are already coming in now and that’s what’s contributing to the really great sales we’ve had.”

It’s at least one reason we’re seeing all of these remastered games; they’re an opportunity for people who missed them to play them.

“I hesitate to say this because I know committed gamers may roll their eyes about it, but there’s an opportunity with some of the remastering or re-imagining from PS3 franchises that will potentially find an audience that hasn’t played them in the previous generation because they skipped that generation,” House said. “We’re starting to see signs of that.”

I am absolutely on board with Sony trying to make the PlayStation 4 appeal to the mainstream more – but it’s going to have to make the console a little more featured before that will really happen. Right now, the PlayStation 4 has media playback functionality of a particularly switched on potato. It needs to shrug off the image of a dedicated hardcore gaming console –  I just hope that in trying to appeal to a broader market, they  don’t completely lose focus as Microsoft did when it started pushing Kinect in everyone’s faces.