Remember that South African team that wasn’t allowed to use the flag or the name South Africa when competing at ESL? They have been competing under the name “Southern Barbarians” instead, and they are crushing the competition.

Gavin already told you when they got through to the playoffs/quarter finals. We were excited for them, being the favorites against Poland, although they were underdogs against the UK. Well, they managed to annihilate both countries, getting through to the winner bracket finals. That’s right, they will go up against the winner of the game between Germany and Sweden. No matter the result, they will be in the top three. 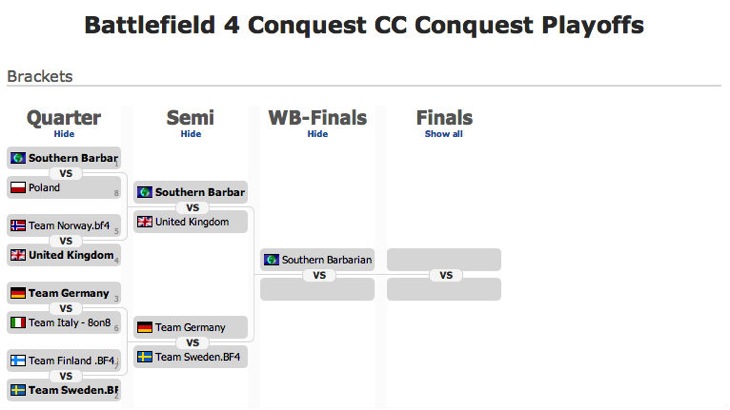 We’ll be keeping an eye on this, hopefully with twitch streaming or at least videos after the fact so that you can watch the team from South Africa as they proudly represent us in this international tournament. They are doing better than expected, and we can only hope that they continue to dominate, showing those other teams just what South Africans are made of.

I’m still so disappointed that they don’t get to use the flag or the name South Africa. Surely this is exactly the kind of attention that local eSports needs? Our boys are doing well, going toe to toe with some major international players and holding their own. Well done. We are cheering you on – let’s see you go all the way!