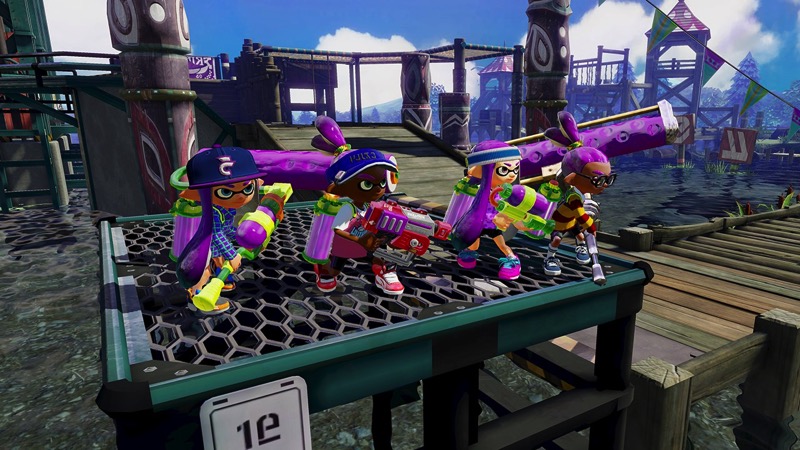 If you know me at all, you’ll no doubt know by now that I’m practically in love with Splatoon. Ever since the game’s reveal I’ve been clamouring for more of it, and this weekend I got just that. Nintendo rolled out three hour-long testing periods for their inky shooter on Saturday, giving anyone the chance to hop into some rapid Turf War matches. They confirmed a lot of what I had hoped for the game to be – but also revealed a few cracks.

I will say this though – Splatoon is a hell of a lot of fun. With Turf War, both teams of four were more focused on covering territory with ink than killing foes, although in practice a decent balance between the two is required. Killing enemies not only spreads some of your paint in their explosive demise, but it also takes them out of the game for a few, precious seconds. Considering rounds don’t last more than a few minutes, a team adept at killing their equal opposites usually ends up winning – but not without some work on the side.

As much as killing enemies is fun, it does take a special someone (or two sometimes) to completely ignore this and focus on winning. That means trying to avoid enemy contact as much as possible, instead looking for ways to paint over turf they’ve already claimed. This often was more fun than actually getting involved in firefights – since getting around enemies and painting up either obscure areas or right by their spawn point gives your team massive advantages. Not only will it pull the game back in your favour, but it also helped my more trigger happy teammates to get around in the immensely fun squid form. 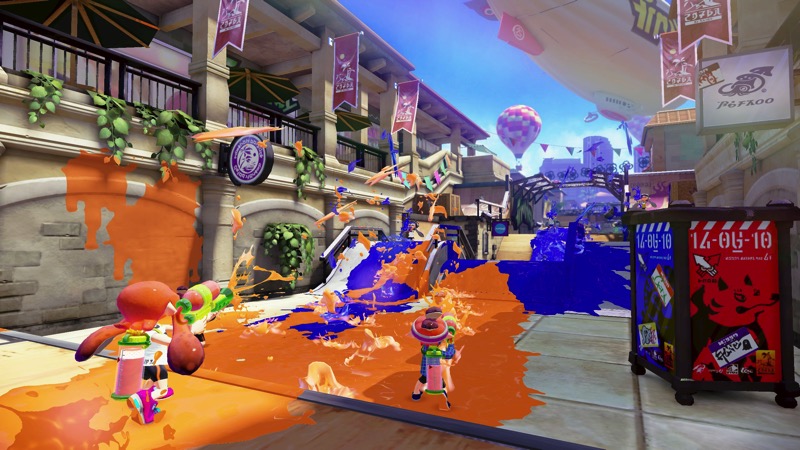 There’s, unsurprisingly, a lot going on in a short space of time, all of which requires a keen awareness not too different to popular twitch shooters or even MOBAs. Teams with a great map awareness of not only enemy positions but territory control ultimately win matches – but Splatoon expects you to do this with a tentacle tied behind your back. The lack of voice chat is a conscious, difficult design decision that the developers took to avoid “game-breaking toxicity”, but I couldn’t help but miss it the entire time.

It’s not a decision Nintendo made lightly either. It’s easy to look at it and assume it was an off-hand, easy choice, but considering how tactically deep Splatoon is trying to be it’s actually a much more complex one. Just after an hour though, I do think Nintendo have it wrong. Splatoon, despite its childish aesthetic, is a very serious online shooter. A shooter that in practice needs proper communication between team members if anyone is ever going to take it really seriously. Sure you can emote your inkling to express approval of a play or move, but there’s nothing to say “Go here, it’s being inked to hell”, or “Take out the roller on the left while we hold here”. 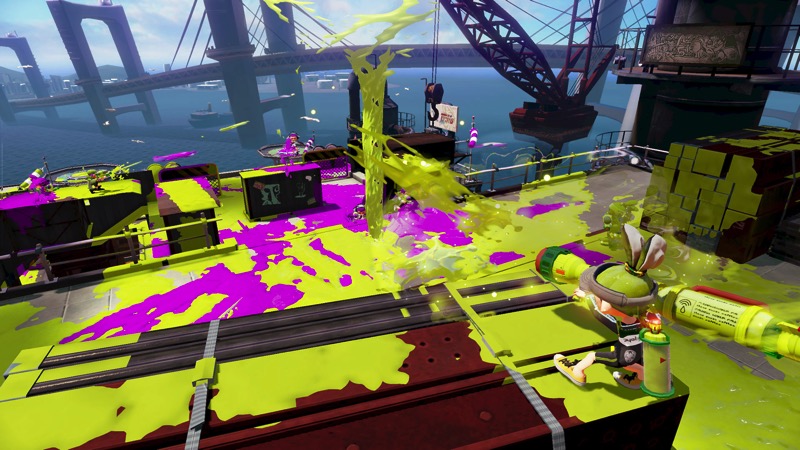 It sure as hell keeps the toxicity to the absolute minimum (especially since you’ll be playing with random players until at least August, thanks to a lack of custom matchmaking), but it detracts too much from the core gameplay. That’s a sacrifice too many, and I hope that Nintendo realises this soon after launch. There’s nothing wrong with a voice chat toggle – perhaps even only for pre-made teams? Something, anything.

Voice issues aside, Splatoon also seems to suffer from a bit of balancing. I’m still not sure if it was a limitation of the test or not, but before even pairing with anyone online I was required to choose my loadout. This means being thrown into a team of three other Roller-equipped Inklings was a common occurrence, which can really mess with the team’s synergy. Tactical shooters need more than random planning – so I do hope the retail version handles matchmaking in a different way. 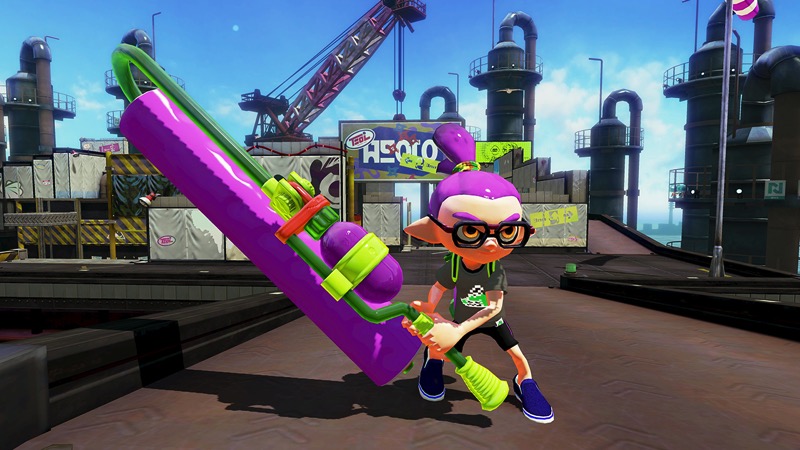 Speaking of Rollers though, balancing is going to be paramount during the first few weeks post-launch. Right now, Roller weapons are far too powerful – spreading an inordinate amount of paint around the map while also killing enemies instantly on contact. A team with more than two of these pesky paint pelters is almost impossible to beat – although I do suspect a well co-ordinated team of snipers could do the tick (see those voice chat issues coming full circle?).

These are small but rather crucial elements to Splatoon that need careful attention if Nintendo is really serious about the longevity of their new online shooter IP. They’re also, funnily enough, seemingly basic principles that online shooters have to adhere to – which does explain why Nintendo’s first foray into this type of market is a little bit wonky. Regardless, the short Testfire did a lot to reaffirm confidence in my own pre-order. The game is still extremely fun to play, aided by some incredibly well implemented netcode that ensured a smooth, lag-free experience (even over a Wi-Fi connection). Those sitting eagerly on the fence, however, might have cause to stay put for now. We’ll have our own review of the final, single-player and multiplayer package closer to launch.

For now, here’s some gameplay footage from the Testfire courtesy of Moltakfire. I did plan to capture my own, but I’m still bust trying to figure out whether it was my Macbook or Elgato that gave me grief with my Wii U.