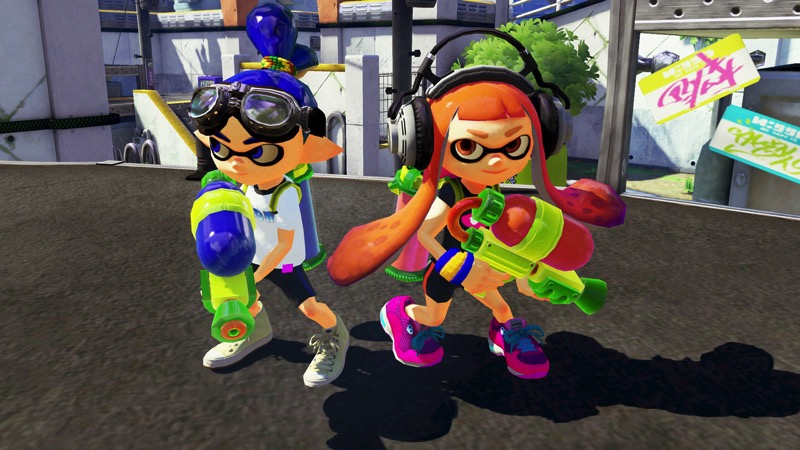 Splatoon is one of the reasons I just purchased my very own Wii U, and I have to say that there’s little to suggest that I made the incorrect decision. The paint-filled shooter mixes high paced action with a rather unique form of platforming, and it’s coming with an arsenal full of squid weaponry later this year. If these three weapons are anything to go by, there’s going to be quite a bit of strategy to the game too.

Most shooters feature weapons that excel in one department, and fail in another. These are tradeoffs to make them suitable in certain situations, and Splatoon is no different. Don’t let the childish appearance fool you – this is going to be a competitive (and fun) online shooter. That demands good weapon variation, which looks to be the case with these three new weapon spotlight.

First up is the standard, assault rifle-resembling paint gun. It features a high rate of fire with average damage output, making it the perfect solution in most situations. It won’t cover that much ground though, so if distance shooting is your thing then the .50 Gallon Gun is probably a better choice. It’s slower, more powerful, and reaches further targets. See, there’s some balance to the inky madness.

But who needs guns at all when you can just roll over (literally) every enemy in front of you. This is the XXL version of those really fun paint rollers you no doubt loved to use as a kid, and it’s about a hundred times more deadly. Not only can you paint the floors with the, er, ink of your enemies, you can deflect projectiles and send paint flying back to their owners. Suffice to say, it’s my favourite of the lot.

Anyone else notice just how damn awesome all three of these weapons sound though? Sound design is an incredibly important, and often overlooked, aspect of any shooter. It gives the weapons weight, and makes them sound satisfying to shoot. If these three initial weapons are anything to go by, Splatoon seems to be nailing that down to perfection, and it puts a massive grin on my face.

Excited for Splatoon? You should be, and you should definitely consider a Wii U before it launches in May later this year.