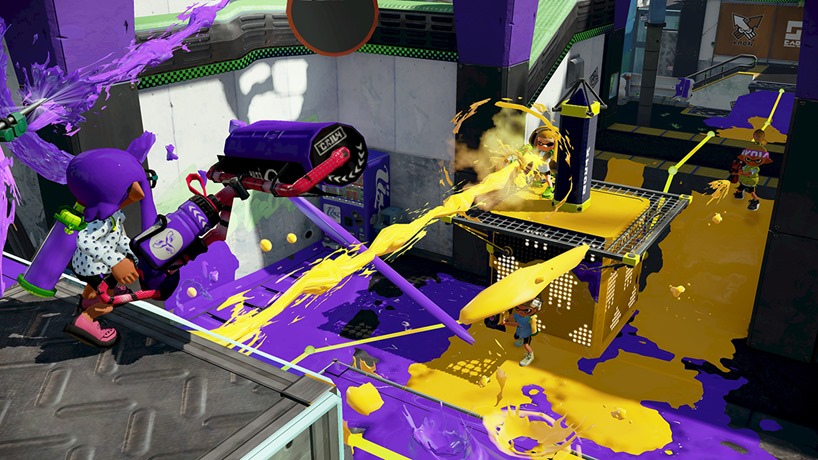 I haven’t really been playing Splatoon as much as I should. The inky multiplayer shooter from Nintendo is easily one of my favourite games of the year so far, although I wasn’t overly enamoured with the clear lack of content it launched with. That’s steadily getting better with free updates, one of which is going to add a very different mode to the usually fast-paced game on Thursday.

Splatoon is all about moving. When you’re not painting walls or drowning foes with ink, you’re swimming through the drooping goo with a certain amount of elegance that only a cephalopod kid could. Tower Control, a brand new mode coming to ranked play tomorrow, demands that you toss this aside. Instead of scurrying around the map frantically, inklings are going to have to stay put and hold their own in order to win.

It’s a classic point defence multiplayer mode that will have all members on both teams vying for control of a central tower. The team that controls it will move it forward – towards the enemy goal and ultimately towards victory. It doesn’t sound nearly as dynamic as Turf War, but it does mean you’ll probably have to get really good at submerging and shooting – and really fast.

“Hop aboard the tower placed in the middle of the map, and ride it to your opponent’s goal. stay sharp—you’ll have to protect whoever’s riding the tower from enemy attacks!”

The mode is only opening up to those in ranked play, which means you’ll need a level 10 inkling to get the lowdown from the Inkopolis dynamic duo, Callie and Marie. Nintendo has more plans to continue this post-support for their new IP, extending to custom games later next month. Yes, it probably all should’ve been ready for launch – but this happy squid kid isn’t exactly complaining much anymore.