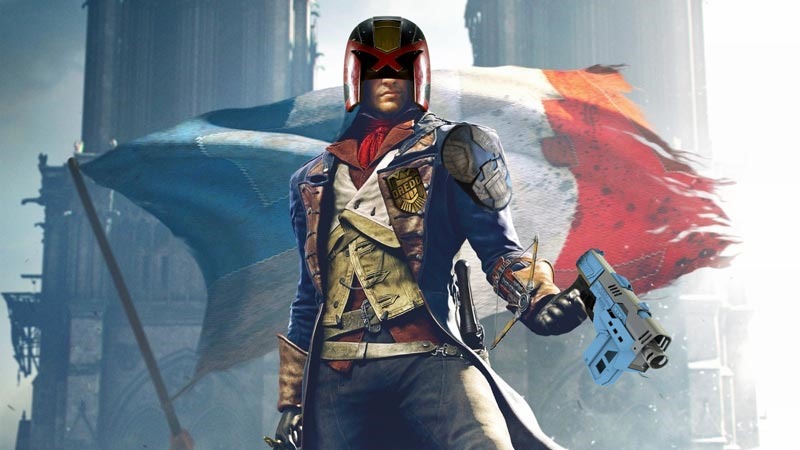 Ubisoft really dropped the ball with the launch of Assassin’s Creed Unity last year, and they know it. That’s why they eventually offered up the first little  bit of DLC for the game free, with the Dead Kings expansion available to anyone who purchased Unity. It’s finally out today, and it’s does look rather interesting.

Maybe that’s because the launch trailer suggests you’ll be spending more time underground than above it, which is a big change from Unity. I get a distinct Indiana Jones feeling from all of it, as Arno is tasked with nothing more than grave robbing the past monarchs of France. And here you were thinking the Master Assassin’s was above all that naughty, dirty business.

But surprise surprise, you’re not the only one looking for lost fortunes. Other raiders have also stormed the tombs, and they act as the expansion’s new enemy type to face off with. Ubisoft Montpellier* were behind Dead Kings, so I’m extremely interested to see if they bring something new and innovative to the table. And yes I’m completely disregarding that new Guillotine Gun, which looks like the illegitimate love child of a shotgun and war axe.

If you’ve still got Unity you can download Dead Kings right now, and hopefully you won’t have Arno trying to aimlessly swim in tiny puddles on the floor. That happened at lot in Paris.

*Update: The original article stated that Ubisoft Montpellier are the team behind the leaked Assassin’s Creed Victory. This is in fact Ubisoft Quebec, and I’ve been sent to the naught corner for an hour for my mistake. Apologies.