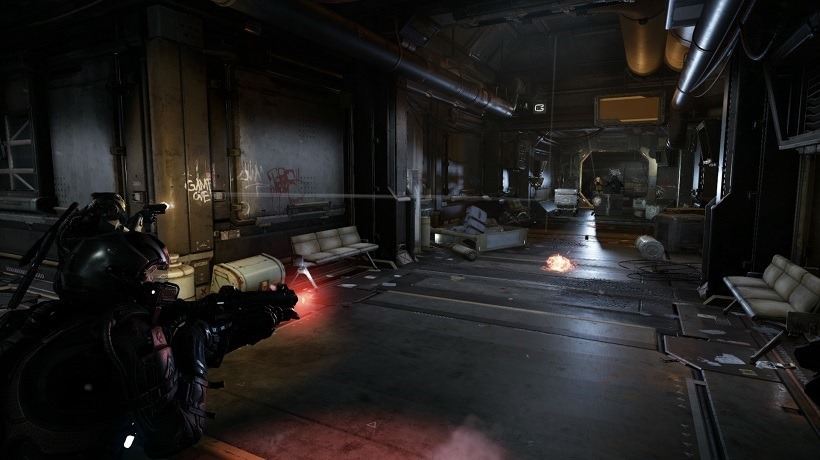 Let’s face it: the past few weeks have been rough for Robert Space Initiative and Cloud Imperium Games. A newly brewed storm of worries over Star Citizen’s scope and project plan surfaced shortly after the FPS module for the game was delayed – a portion of the game that many feel is holding back the real meat of the ambitious space sim. Originally meant for April, the FPS module is still waiting in the wings, but only for a short while.

In some of the more positive news that game has received in recent weeks, Star Citizen’s Chris Roberts has promised that the FPS Module is merely “weeks away”, sticking with comments made by a Cloud Imperium representative last week concerning the games progress. It is, still, well off the April timeframe that was originally pencilled in, but Roberts says it was nothing more than a little miscommunication.

“When I made the [Letter from the Chairman] update — when we showed it at PAX East, we said we hoped it was going to be out sometime in April, but ‘don’t hold me to that’ was what I actually said.”

“We did the update in May, and obviously people have been waiting a long time for it. A large amount of the company, especially now, has been working on it. We’ve got extra help from the German studio, which is a bunch of CryEngine experts. I’ve got a build on my machine with both the FPS and the Gamescom

This slideshow could not be started. Try refreshing the page or viewing it in another browser.

, so I’m actually helping out with the code a bit. But we didn’t want to give a date because, well, we sort of don’t want to get burnt by that.”

Unfortunately, the exact opposite happened – with the delay acting as the catalyst for the weeks of mistrust and controversy the game has endured. In a way, RSI and Cloud Imperium could use this to their benefit, especially if they’re planning to showcase the game at Gamescom in a few weeks. A showcase that, I hope, is far better than the meaningless update Chris Roberts had at E3.

If Star Citizen really is undergoing incredible progress over the next few weeks, the German Expo will be the perfect place to assure backers that their money hasn’t been sucked into a black hole. Or, at the very least, silence a few critics of the project.