Home Star Citizen matters BECAUSE it is big says creator 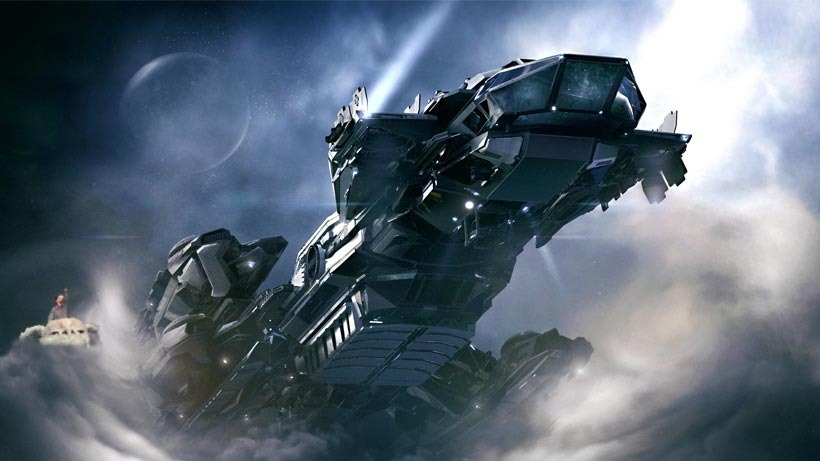 Star Citizen –  a game that has a ludicrous amount of crowdfunding and investor confidence – Is making progress. Whether that progress is quick enough for you right now however, is another question entirely.

There’s no doubt that Star Citizen is an ambitious game, similar in scope to when I try on my summer jeans after winter has come to a close. But it’s that ambition that has fans worried and a tad bit skeptic.

Some of that anxiety was addressed when the game put the FPS module was delayed, but that doesn’t mean that people are completely at ease.

The Star Citizen that is on the way right now is a completely different beast to the version of the game that was announced a couple of years ago. Addressing those worries once again in a post on Star Citizen’s website, creator Chris Roberts wrote about how the game had indeed gotten bigger and more epic scope lately.

Because if you’re going to go big, then you need to go really big:

Star Citizen matters BECAUSE it is big, because it is a bold dream. It is something everyone else is scared to try. You didn’t back Star Citizen because you want what you’ve seen before. You’re here and reading this because we are willing to go big, to do the things that terrify publishers.

You’ve trusted us with your money so we can build a game, not line our pockets. And we sure as hell didn’t run this campaign so we could put that money in the bank, guarantee ourselves a profit and turn out some flimsy replica of a game I’ve made before.

You went all in supporting us and we’ve gone all in making the game. Is Star Citizen today a bigger goal than I imagined in 2012? Absolutely. Is that a bad thing? Absolutely not: it’s the whole damn point.

As it stands now, Star Citizen has no more stretch goals. What it does have, is a plan of attack, with various modules being worked on in order to realise Roberts’ dream of one massive universe populated with all manner of people and space-craft:

Star Marine, which will be available shortly, is the module for backers to experience and give their feedback on the First Person Shooting component of the game.

Not long after that we will be releasing the next level of Arena Commander, allowing players with bigger ships to fly them with friends, on maps that are closer in size to the huge ones you’ll have in the final game.

Then we’re rolling out aspects of the Persistent Universe: first there will be just planet side environments to explore, but not long after you’ll be able to transition to space and fly to another destination, and then after that to another system.

We have taken this route to allow people to experience and give feedback to make the game better as we build it.

There’s no doubt that Roberts is making a massive game, that sounds worthy of the crowdfunding and investor numbers behind it. And that’s admirable. That’s the kind of game that I genuinely want to play. But we live in a skeptical age. People have been burnt before in this day and age, resulting in a community that is wary of lofty promises.

At the same time, I want to see this game succeed, because it would be one hell of a statement to larger publishers and developers if it does indeed take off. But like always, the final proof is in the final product. Star Citizen will hopefully have something to show at Gamescom next month in Germany. And I’m looking forward to seeing it.