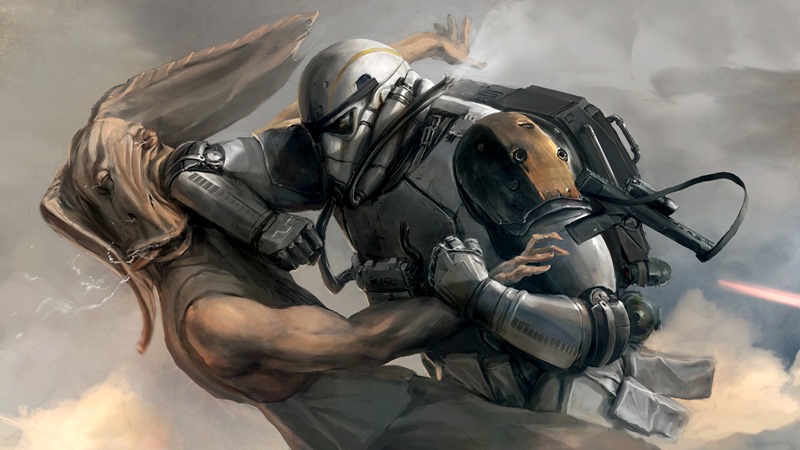 REBEL SCUM! Who wants to be a meaningless foot soldier in the war between the Rebels and Empire, am I right? Sure, Stormtroopers have bitchin’ cool armour, but they’ve also got the depth perception of a cyclops and even worse aim. And Rebel soldiers have silly helmets. No, I want to be a badass. A Sith lord, a legendary bounty hunter or possibly a killer Ewok. At least two of those options will be available in Star Wars Battlefront, provided that you can power up in time.

Players will be able to kill a few rebels as infamous bounty hunter Boba Fett and Empirical number two Darth Vader. But to do so requires activating the hero power-up system.

“It has variations to it that depend on game modes and so on. But you can get it through a power-up system… when you find the hero power-up, that is when you can make your choice,” design director Niklas Fegraeus explained to OXM.

The thing is, don’t expect to be able to Force-choke your way through a dozen soldiers and win the fight instantly, as the hero mode is meant to offer its own sense of balance through a powerful but fleeting moment to turn the tide of battle as Nklas explained:

You basically have one life to use all that power, you get to try to turn the tide and win for your team and become a beacon of hope for everyone.

That also means that Vader will be impenetrable to any lasers striking him from the front as he deflects attacks with his lightsaber, while Force-choking soldiers and Force-auto-erotic-asphyxiating his way through kinkier members in your party.