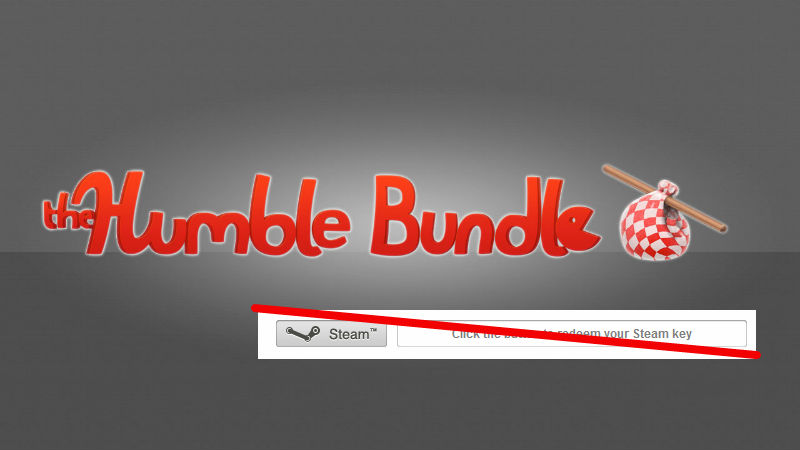 Thanks to OAuth Steam key redemption, Humble Bundle allowed gamers to redeem games purchased to a Steam account with a single click. With Humble Bundle often grouping quite a large selection of games together, this made the process incredibly quick and easy. However, it’s no longer possible.

Over on the Humble Bundle blog, aka the Humble Mumble (I love that name), they explain the changes in Steam key redemption:

A little over a year ago, we launched OAuth Steam key redemption, creating one-click Steam key redemption for games purchased through Humble Bundle. However, Steam is removing support for OAuth, so we’ll be returning to the system we used before, which requires you to manually redeem your Steam keys.

The blog goes on to explain how to manually redeem your Steam keys, but there this goes beyond being an inconvenience. While it was great to just click the button and claim the code either for yourself or as a gift, there was also an important reason why OAuth was in use other than convenience factor. Before its usage, when Humble Bundle was giving “normal” keys for games, secondhand key distributors would often buy bundles in bulk and then sell the keys online at a profit. This would hurt developers for trying to help charity with the bundle and deterred many from joining the scheme.

Steam hasn’t explained why this decision was made and OAuth was pulled. It’s also unclear if Humble Bundle will pursue other key management systems to ensure that people can’t cheat the system. I just hope that they make a plan soon – I liked the one-click convenience, and I also think it’s important to protect and reward the developers who take part in the program.