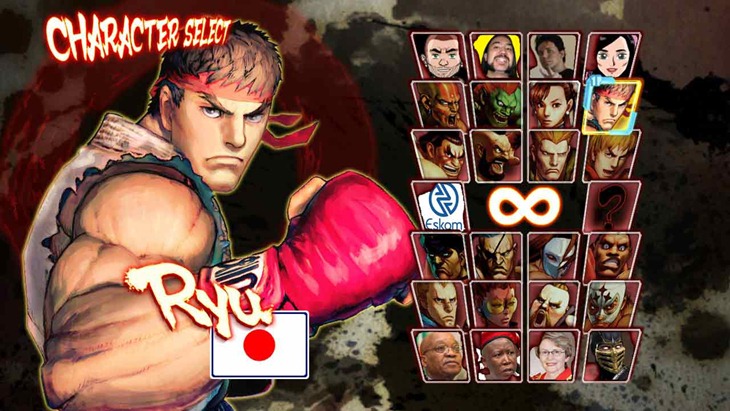 Start training your thumbs with various exercises while playing Eye of the tiger on an infinite loop, because Capcom and Twitch are tag-teaming to start a year-long Street Fighter league.

Made up of several “premier events, ranking tournaments, and online tournaments,” the Capcom Pro Tour will play out over a year and end in a grand finals tournament at the Capcom Cup this December.

“The goal of the Capcom Pro Tour is to provide an infrastructure which helps support tournament organizers, while delivering increased production values, supplementary video content, and new opportunities for players, content creators and sponsors,” Capcom said to VG247.

The Capcom game taking the spotlight? Street Fighter 4, with Street 4 Arcade Edition being the prime fighter game used until June, when the tournament will transition to Ultra Street Fighter 4. Dreaming of entering? Then I hope you possess god-like/Asian skills, because only 16 spots are open for the Capcom Cup.

Players can nab one of those spots by winning a premier event, or by racking up enough points during the tour. Here’s the list of where and when the premier events will take place, so go book your plane tickets now if you dream of Street Fighter glory and groupies:

There’ll be three more premier events added to that list, to bring the total up to ten. Ranking events for the final six spots in the Capcom Cup will allow participants to grab points at independent tournaments which are separate from the Capcom Pro Tour.

So far, those events are:

And of course, more events will be added to that list as well. I’m keen to watch this all unfold. Fighting game tournies make for some great viewing, and an event of this size is most likely going to draw the best of the best in.

I’ve got my ticket booked for a premier event, for fame an glory. I’ve got buggerall talent in competitive fighting games, but I’m certain the several montages I’ve arranged for my training should result in me becoming world champion of the Capcom Cup.