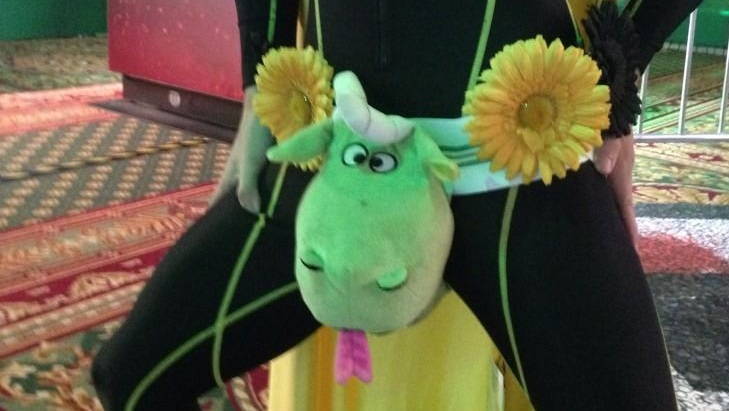 Sunset Overdrive is enticing for all sorts of reasons. Its got insane, fast-paced gameplay. Its world is colourful and vibrant and it allows you to play as who or what your heart desires. Insomniac is extremely focused on allowing you to create a character that best represents (or misrepresents) who you want to be in Sunset City. Including a naked guy wearing only a kangaroo strap-on.

The art team over at Insomniac have worked really hard to bring a feeling of uniqueness to Sunset Overdrive’s clothing options. They looked at influences not only in the United States, but from different areas and style eras from around the world. I’m hoping they didn’t get the idea for a kangaroo codpiece from some poor soul in Australia. That would be almost too hilarious to believe.

One thing I adore about the customisation options is that Insomniac want you to be completely vain. They want players to roam Sunset City with the character they want, not one that the game needs. Clothing with be purely cosmetic and have no effects on your player’s stats. You’re going for style over substance, and I personally prefer games that emphasis this.

Sunset Overdrive will allow you customise your character with a lot of various different outfits, judging from the video below. Goth rocker with a top hat. Latino wrestler with rodeo pants. Female devil in a suit. A female Assassin from…oh wait. Diversity is thrown around a lot and there’s seemingly endless options for you to toy around with, which is probably going to eat up a lot of your time in Sunset City.

Sunset Overdrive will be released exclusively on Xbox One on October 28th.