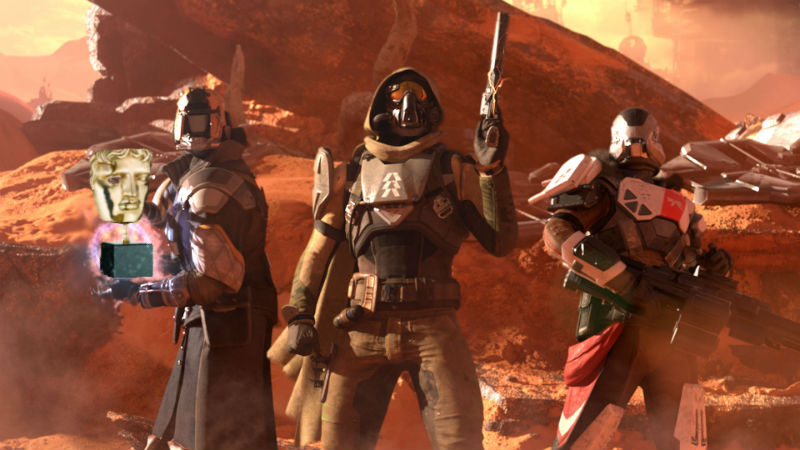 The British Academy of Film and Television Arts (BAFTA) have awards every year and they’re one of the few mainstream organizations to recognize achievements in gaming. Winning games get a ton of attention, but it’s not just about the exposure. It’s great to see game developers recognized and winning little statues for their incredible creations. This year’s BAFTAs gave recognition to a wide variety of games, but its biggest awards raised some eyebrows.

Here is the full list of winners as reported by the BBC:

Ashley Johnson beat out Kevin Spacey for the best performance – it’s her second time grabbing this award for The Last of Us. Monument Valley snagged a whole bunch of awards, and Alien Isolation picked up its expected kudos for audio achievement. The big surprise of the night came in the best game category. Destiny won the award despite being up against games like Dragon Age: Inquisition, Mario Kart 8, Shadow of Mordor, and Alien: Isolation. What were the judges thinking? Destiny has some cool elements and is all about potential, but I wouldn’t give it this award over those other contenders. No way!

Do you agree with these awards or do you think someone was drinking too much of the Activision kool-aid?