Home Gaming Swear to me that this Batman Arkham Origins figure rocks! 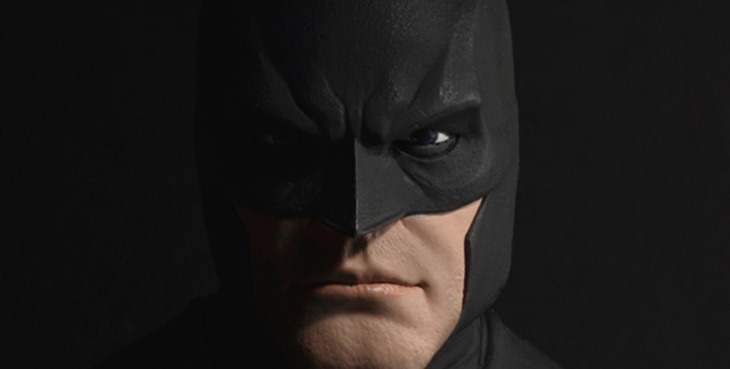 I’m busy replaying Batman: Arkham Origins, and to be fair, it’s still a lacklustre and mediocre game that doesn’t live up to fantastic efforts of Rocksteady, Arkham Asylum and Arkham City. Still, if there’s one thing that I do like about the game, it’s the Batsuit. Which is probably why I’m slobbering over this figure right now. 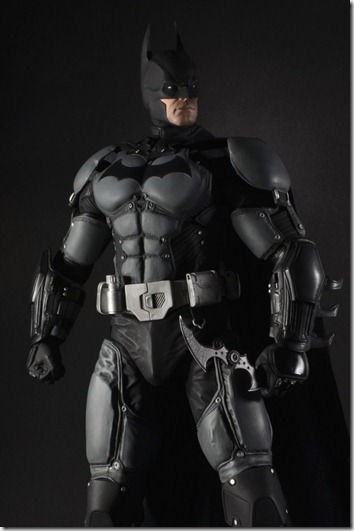 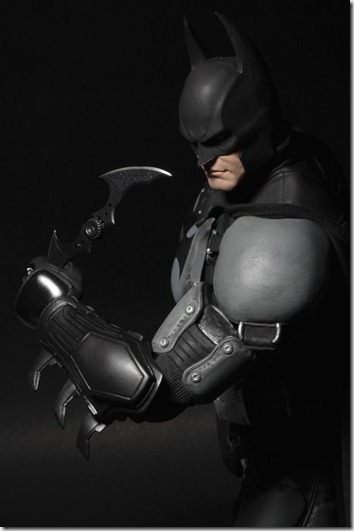 NECA, who you might remember as being one of the action figure lines that Musica had a brief flirtation with a couple of years ago, are busy crafting a new Batman figure, based on his Arkham Origins appearance. And hot damn, it does look spiffy indeed. Embiggen the images above to see for yourself.

That’s a quarter scale figure of fist-based corrective therapy right there folks. 18 inches of plastic, or about the same length as that condom that you’ll never use. 25 points of articulation, a real fabric cape, and vigilante kung-fu grip accessories. You can keep your sports cars, it’s plastic figures like this that get me hot under the collar.

This big bad Batman will be out later this year. And of course, I’m already drooling all over the new Arkham Knight costume, which might have a patent lawsuit on its hands from Stark Industries.