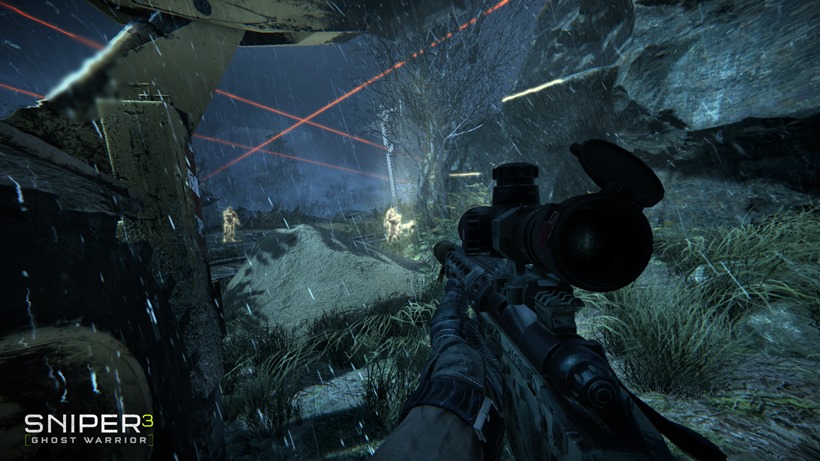 If there’s one game that had my interest and my attention at E3, it was Sniper Ghost Warrior 3. Now Sniper Ghost Warrior 2 had been an alright game. Out of the box, it fulfilled the promise of being a tight bit of bolt-action action entertainment, The thing is, it did very little else that was actually noteworthy.

And that’s an issue that was addressed at E3, when CI Games gave us a behind closed doors look and hands on with the Sniper Ghost Warrior sequel. Here’s what I got to see:

If you can’t watch it above, here’s the take away: It’s a Sniper game where the landscape boasts Australian levels of murderous intent. And that’s an idea which I feel will make the game stand out. Make no mistake, Sniper Ghost Warrior 3 is harder than my nipples in winter/before a Batman movie screening.

There’s a certain ceiling that has been reached in crafting a digital sniper rifle and killing scores of soldiers with that weapon. You can only do so much, as it is. We’re pretty much more than used to the idea of gun weight, breathing and shakey hands having an impact on our aim.

But throwing in various environmental effects, such as humidity, rain and wind to help deliver that authentic feel? That I can appreciate. The thing is, I still think Sniper Ghost Warrior 3 is going to have a certain niche appeal, for a very select market of gamers.

Because this isn’t the kind of game where going in guns blazing is going to help you win the day. It’s the kind of game that’ll benefit the wiser, smarter player. And it’s not going to hold your hand along the way. I can respect that.

Sniper Ghost Warrior 3 should be lining up 2016 in its sights.