The Dota 2 International, a $24 million esports competition, came to a close this past weekend in a Grand Final which didn’t do the entire event justice in terms of action. It was an incredible display of Dota 2 – but especially by Team Liquid alone who took the first ever clean sweep 3-0 over Chinese team Newbee.

Leading up to the Grand Finals, starting as far back as the group stages, this year’s Dota 2 International offered up some of the greatest Dota 2 the esport has ever seen. There were amazing comebacks, incredible team fights, and moments of pure “WTF?”

The match prior to the Grand Final, between LGD.Forever Young and Team Liquid, had to be one of the best matches of the tournament, a real highlight of esports prowess. LGD.FY were a rather sad story, a team who went undefeated until their Winner Bracket Final against Newbee, which they lost 2-1, only to be knocked out of the competition and handed 3rd place by Team Liquid in the Lower Bracket Final. An undefeated run, two losses, and 3rd place. It felt really bad. Regardless, Team Liquid were ready to take on a waiting-Newbee in what was poised to be a long, drawn-out affair between the two teams. Spoiler: It wasn’t.

Team Liquid knew what had to be done, and Newbee seemed rather set back by what Liquid brought to the table. Prior to the Grand Final a number of videos played where professional players discussed what it took to be champions. One thing was repeated, and that the hungrier team were always the winners. Liquid were starving, and one player in particular needed this more than anyone else. German player Kuro Salehi “KuroKy” Takhasomi had been to every single International. He’d placed second, but never won the title himself. He was perhaps the most hungry out of everyone, and on Saturday night he made history after winning alongside his team. 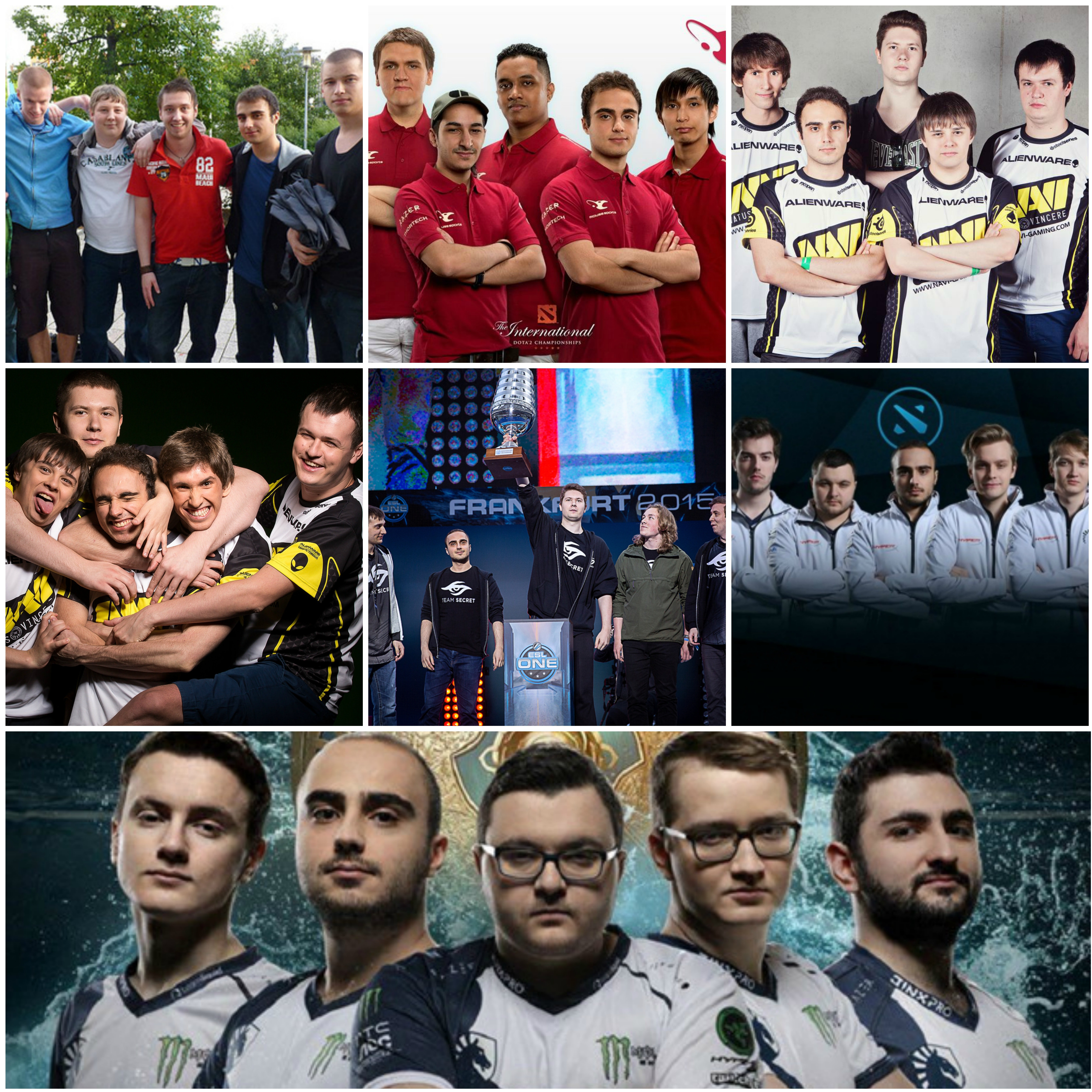 KuroKy in every single team he has ever played for – source: Reddit

Game one was textbook Liquid. They took up Nature’s Prophet and relied on a global presence and the pushing power of their heroes. While Nature’s Prophet can be stunted early on, Ivan “MinD_ControL” Ivanov played the most incredible game as Nature’s Prophet, destroying Newbee one gang after another. Nature’s Prophet was a key player in the match which put Liquid in the final, and the choice to leave it in the draft now looks like a major mistake on Newbee’s part. Needless to say, Liquid ran away with the game and took the first match rather convincingly.

The second game seemed to be a much better start for Newbee. Sccc’s Queen of Pain held her own against Miracle-‘s Alchemist and got an early lead in the solo mid position. She secured a number of early kills, all the while Kpii secured safe lane farm on his Legion Commander. The space was created but they did not account for Matumbaman’s Necrolyte who tore Newbee apart with some well timed Reaper’s Scythes which led to a crucial mistake by Kpii who jumped in on Matumba for the duel but triggered his Linken’s Sphere allowed Team Liquid to bring him down with ease. This important kill on Kpii allowed Liquid entry into Newbee’s base where they continued to assert their dominance and take game two.

Game three was do-or-die for Newbee as they faced a clean sweep. Early to mid game was a fiesta of kills being traded by both teams, and Miracle-‘s Juggernaut struggled against the support combo of Sand King and Rasta disallowing him the start he needed. Miracle- saw his opportunity when engaged upon by Newbee with a Black King Bar into Omnislash which turned the game into Liquid’s favour.

This was the defining moment for Liquid as their momentum was a bit too much for Newbee to counter. The continued to pressure the Chinese team with one big team fight needed to secure the game. Liquid grabbed up one final Roshan before beginning their final assault and dived right into the bottom tower. With Lich’s Frost Armour, a readied Earthshaker and a Dark Seer for added confusion, Liquid Stormed the higher ground, popped the cheese on Necrolyte and gave up the Aegis of Immortal on Juggernaut (fun fact: Aegis of the Immortal was 0.41s away from expiring) before tearing down Newbee’s defenses and taking a clean sweep against Newbee and winning the biggest prize in esports history.

Liquid did the near impossible, from being knocked to the Lower Bracket early on, winning every single game in the Lower Bracket, and defeating a formidable Chinese team in the Grand Final 3-0. They also walked away with over $10 million for first place and continued the tradition of East and West altering victories every single year.

It was an incredible tournament, and it revived my Dota 2 passion in full force. I already cannot wait for next year’s International with it’s bigger prize pool and the hopes of history being written with a second consecutive European victory.