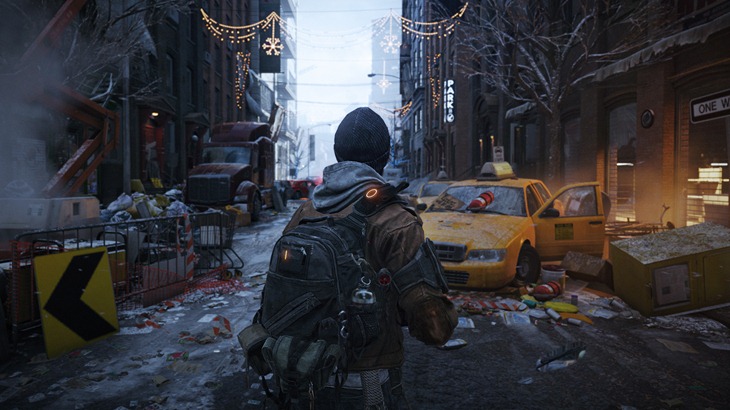 I’ve been wanting to get into an online game, but the fantasy genre just doesn’t sell it for me. The Division on the other hand, looks like my cup of post-apocalyptic tea, augmented with the cinnamon of societal breakdown and a rusk of anarchy and dammit I’m drifting again. Anyway, here’s why the game looks so pretty.

It’s all thanks to the Snowdrop Engine, a custom piece of tech developed at Massive Entertainment. “Snowdrop was created in-house, at Massive, in response to a specific requirement: to do things better, not bigger,” Massive Entertainment Brand Art Director Rodrigo Cortes said at a GDC Q and A about the engine.

At its core, the Snowdrop engine is a node-based system, which is the beating heart of the engine. It affects all the systems of the engine, from rendering, to AI, to mission scripting and the UI.

Snowdrop is a dynamic, interconnected and flexible system where developers can create their assets quickly and interact with them in ways that have never been done before. The game and the editor are unified, and everything in the engine runs in real time, which means that the ongoing project is always playable. This is extremely useful and allows for the implementation of new ideas and creations instantly; providing the ability to check the consistency of the game world at any time.

Thanks to the tools provided by Snowdrop, we can create more with less. The engine enables procedural creation of environments: with a limited amount of blocks, we can create huge and detailed worlds. We are also able to reach an unprecedented level of lighting fidelity with real time global illumination.

Well it certainly does look pretty. There’s no definitive date yet for the release of The Division, and with visuals that sparkly, I’m still expecting it to be a ways away.