Home Gaming Thankfully, Rise of the Tomb Raider isn’t all about killing 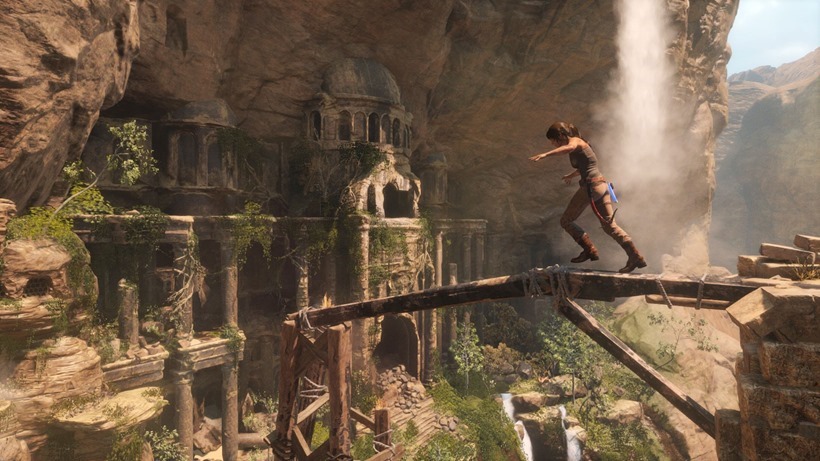 Seeing Rise of the Tomb Raider during Microsoft’s conference at Gamescom was a bit painful. Having seen some promising footage of the upcoming timed exclusive back at E3, I knew it featured some major improvements to some of the best parts of the reboot – but instead we were treated to a lengthy montage of Lara just killing everything with a pulse. It felt lifeless, boring and, more importantly, very unlike Lara Croft.

That’s all still in there, but thankfully everyone can now see what Microsoft chose to show behind closed doors last week. Actual tomb raiding – and by far some of the best parts of this sequel.

The above is the full hands-on Syria demo that the other resident Porra here got to get all cosy with, and his excitement for the game afterwards was palpable. Tomb raiding was a big part of the reboot, but I’m glad to see that Crystal Dynamics have clearly focused on expanding it. Tombs are now big, expansive areas for you to explore time and time again, especially if you want to uncover all of their secrets.

Most tombs will have treasures hidden behind obstacles that your current Lara might not be able to overcome. Either you won’t have the right gear, or your proficiency in a particular tongue might not be high enough for you to decipher age-old messages. You build these both up over time though, giving tombs a much bigger sense of replayability than before.

And they’re offer up some nice pacing between the murderous rampages Lara seems to want to engage in. I have nothing against a more action orientated Tomb Raider (isn’t that what we were all asking for before the reboot?), but I am glad the other finer elements haven’t be left out entirely.