Black Ops 3 has already been confirmed and we know that they are going to be releasing more information about the game at E3 next month. We can also pretty much guarantee that Treyarch will be adding their typical zombie mode into the game.

However an image has been picked up by many websites this morning that seems to suggest that Black Ops 3 will finally give us a fully fledged story mode for the Zombie. 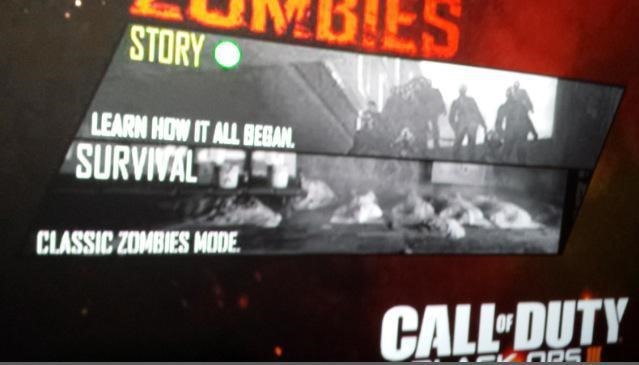 But before you get excited the above image is a complete fake, and not even an original one. 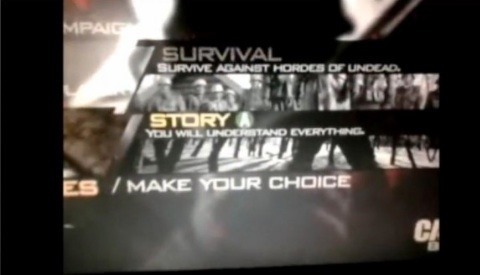 So yeah this rumour appears to be a complete fake and while I’d love to see a zombie storyline I can’t see how Treyarch would add a complete second single player experience to the same game – though Treyarch has said that Zombies this year will be “unique” and “mind-blowing.”

“Black Ops Zombies will have its own full, player XP based progression system. That will add even more depth and replayability to what was already an inherently and really replayable mode,” Treyarch’s Mark Lamia said. “It’s not like anything in the campaign and it’s not like anything in the multiplayer. It’s its own game that ships with Black Ops 3.”

Now if someone started a rumour that Activision was planning on spinning off the Zombie mode as a brand new IP all of its own, I would believe it but I can’t see them signing off extra costs on development for a mode that isn’t the core feature of Call of Duty.

I’m looking forward to hearing more about Black Ops 3 at E3 though, Treyarch has had a full 3 years to develop Black Ops 3 and I expect great things from them.