Face front true believers! In the hallowed halls of mighty Marvel, no other character has received as much care and love as the sensational web-head known around the world as the Amazing Spider-Man. We’ve had the bodacious Beenox in charge of Spidey for a couple of games now, and their latest effort might just be the worst wall-crawling game ever made! Nuff said? I haven’t even begun to spin a review! Excelsior! 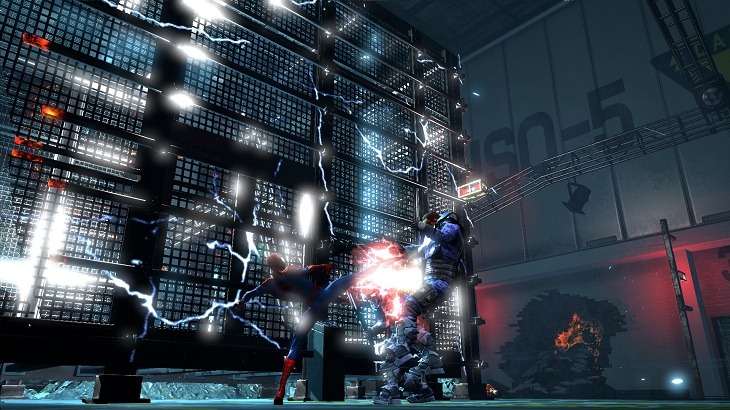 It’s been a rough couple of years for the Spider-Man franchise. Under the watchful eye of developer Beenox studios, we’ve had some great games starring the Daily Bugle branded menace as well as a lacklustre performace or two.

2012’s The Amazing Spider-Man game was one such example, a game with a solid foundation that spun a few too many safety webs and presented a New York that looked fantastic from the top of the Empire State Building, but was downright dirty and grimy when you reached the surface. Still, it had several fantastic moments, that could easily have been utilised to create a better, more polished sequel. 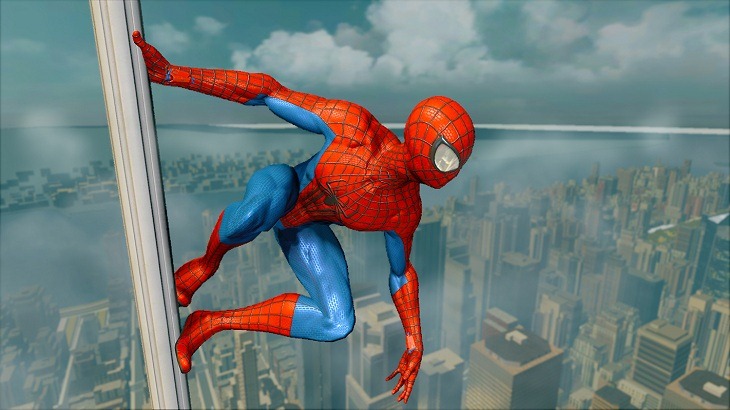 Instead, we’ve been given one of the worst Spider-Man games ever made as the franchise swings face-first into a New York landmark.

With a story sloppier than the actual film it happens to be based on, The Amazing Spider-Man 2 finds Peter Parker dealing with a new set of villains, who attempt to push him to the edge of the paragon scale and get him to turn a tad renegade by eventually killing someone. 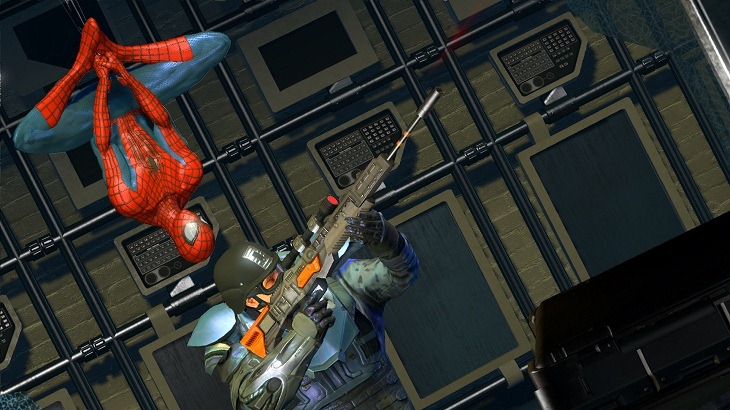 It’s a story with a decent start, that quickly fizzles out with an ending even more contrived than the one found in the sequel, winning several no-prizes in the process thanks to some motion capture that makes Spider-Man act more like Spider-Ham with over-reacted physical poses and stilted dialogue.

Taking place during Uncle Ben only knows when, the story also features a few new faces in the form of the sultry Black Cat, the Kingpin of crime Wilson Fisk and Carnage. Kraven pops up to offer some guidance and a backstab more obvious than a crazed killer symbiote’s favourite colour, while Shocker serves the plot as an admirably padded punching bag. 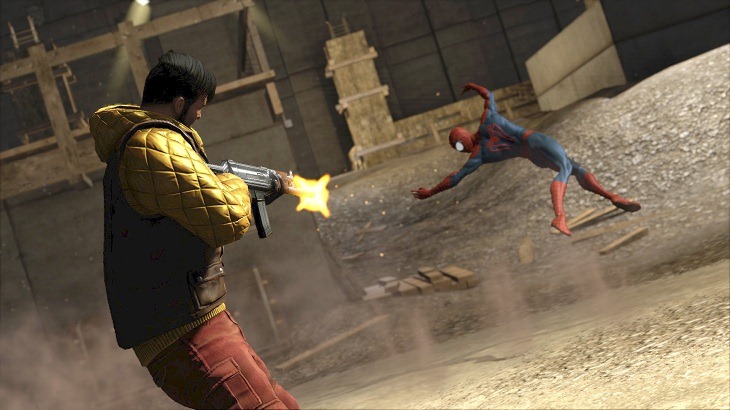 You’ll get a chance to tangle with these guys, but much like many of the ideas in this game, the fights themselves show just a sign of promise, before being bogged down with half-baked ideas that fail to go beyond painting a pretty visual as Spidey slugs it out with characters that have mammoth health bars.

Even the big bad of the sequel movie himself, Electro, gets naught but a quick boss fight stage before disappearing into the nether, never to be heard from again. 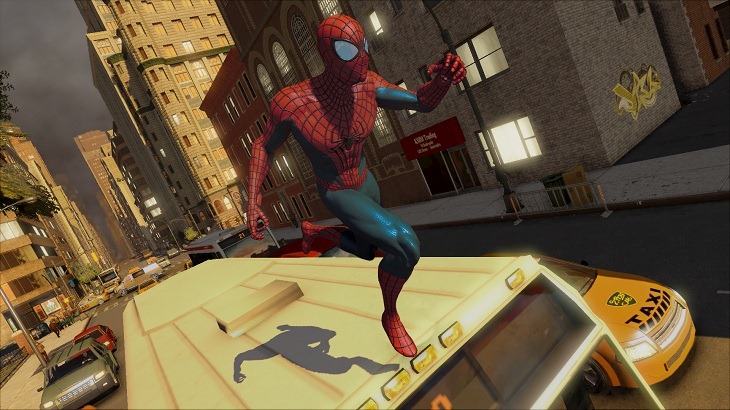 Still, a weak story could easily be forgiven if the gameplay was up to snuff. The first Amazing Spider-Man game lifted more than a few influences from the recent Batman Arkham games. Spidey could throw in some simple combos, finish off a thug with style and avoid attacks thanks to his Batman instincts spider-sense.

In the sequel however, the combat feels even more contrived, favouring style over web-fluid substance. Attacks lead to nothing but a numeric indicator to the side that counts up and offers no tangible bonuses, counters can repeatedly fail and combat can easily be beaten by slapping the X button with your face and just wiggling the analogue stick around. There’s genuinely no challenge whatsoever here, as the system is frustratingly sloppy and unpolished. 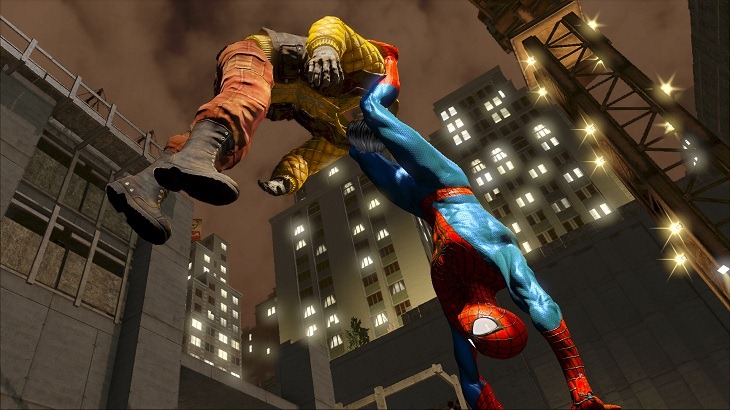 An upgrade system is also in play, utilising XP to help tweak your web-swinging and upgrade your abilities, although the results are ethereal at best for Spidey.

In certain sections you’ll be required to infiltrate underground lairs or Russian gangster hideouts, whether it be for missions or to acquire some new threads. Players need to make use of stealth attacks to get through these levels, with the controls being tweaked ever slightly for the worse and piling on numerous frustrations whenever you attempt to keep a low profile. 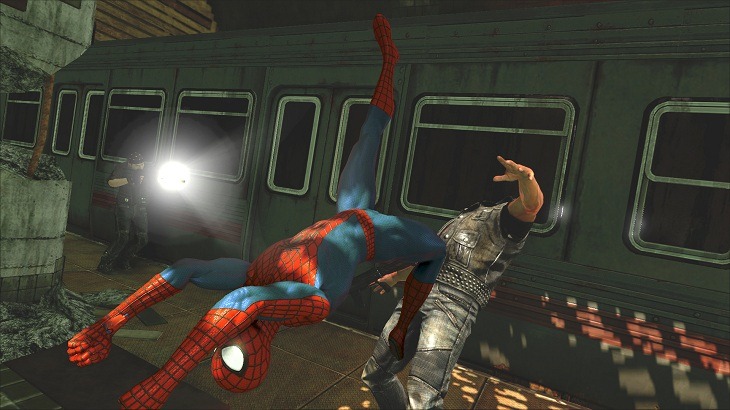 Photography missions also pop up, as Peter frames his subject with the composition skills of a dead Osborne family member, while comic book covers can once be collected around New York in order to unlock a few bonuses that can be viewed in Stan Lee’s comic book shop.

Outside, it’s a different story. Players can still Web-rush their way across New York with that handy system slowing down the action for you, while the core web-slinging has been given a first issue reboot that is far from near mint quality. 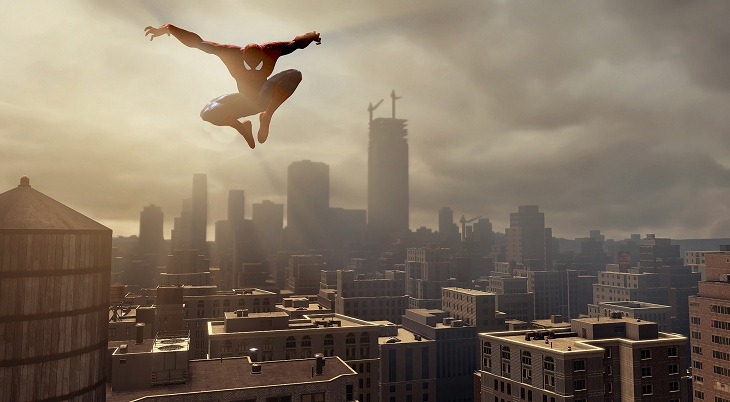 The idea behind this new form of locomotion is that each trigger on the controller is responsible for a hand. Hold the left trigger and you’ll sling a web from your left web-shooter, and ipso facto for the right hand and trigger. A great idea in theory, that feels more half-baked than a weekly supervillain scheme in practice.

Anchor points seem to be non-existent, as the clunky idea is Hammer-headed home by audio feedback from Spidey that constantly chastises the player for not finding that invisible spot to stick a web to. The first Amazing Spider-Man game may have had a web-swinging system that was criticised for being too simple, but at least it worked and did so beautifully. 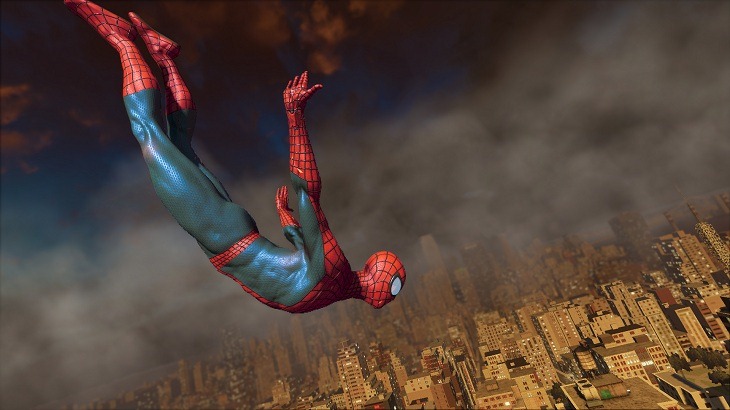 One of the bigger complaints though, is the awful camera system. Wild, unpredictable and more slippery than Slyde himself, you’ll find yourself facing corners constantly, swinging into buildings and suffer through migraine inducing angles where style has been emphasised too much. Hell, I could barely do an hour at a time without feeling the need to grab a chuck-bucket, as this game loves an overly-kinetic camera pan more than Michael Bay loves an explosion. 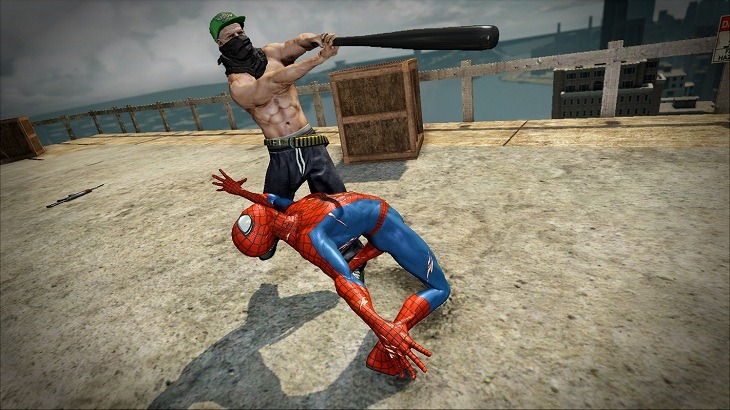 Fortunately, the playthrough itself wasn’t too long, as finishing The Amazing Spider-Man 2 and it’s core campaign took only around four hours. An open world game, players will have more activities to do once the end credits roll such as infiltrate bases, stop various hijackings and gang wars. But by then, you might have had your fill.

Spidey and his heroics (or lack thereof) also have an effect on his morality, with a Hero or Menace system in place. Save enough kittens, punch enough crooks and New York loves you. Ignore anything happening around you for the sake of not having to sit through yet another Whitney Chang report, and your approval rating plummets quicker than a Mayor J Jonah Jameson spider-slayer project, resulting in specialised task teams being set up to make your daily commute a misery. 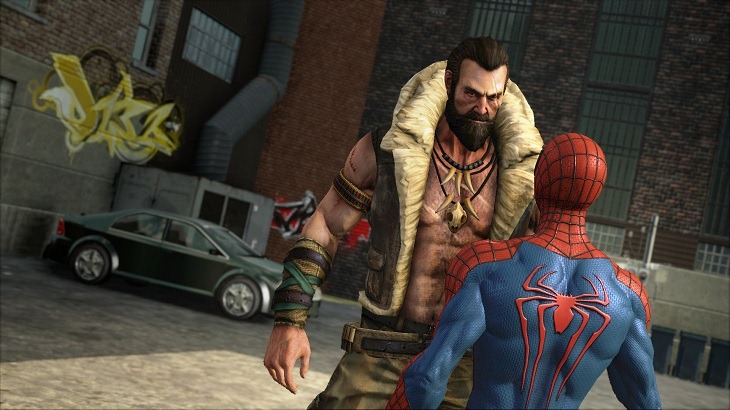 It’s not a bad idea but much like everything else in the game, fails completely when you find that all your hard work to be a hero has been swept aside for arbitrary story reasons, resulting in the long arm of the hired law to chase you down.

Visually, the game creates a solid and believable New York city. Spider-Man looks great in any costume that he happens to be wearing, the city looks populated and the buildings look great. There’s now more than one kind of level, besides drab sewer number 1 and drab sewer number 2, so points for variety. Everything else though, looks like a rushed texture job drawn in by an eleventh hour artist. 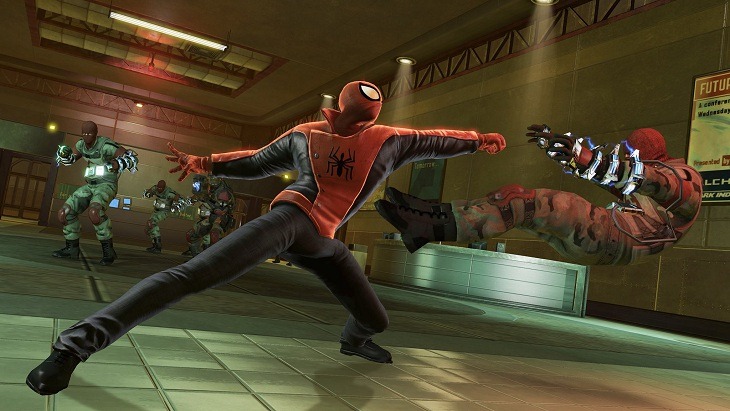 You don’t need a Spider-sense to realise that a game with various audio glitches, gameplay crashes and overall sloppy design might not be worth your time or effort, as this Spider-Man isn’t the hero that fans need or deserve.