Home Gaming The Batmobile in Batman: Arkham Knight sounds like a beast 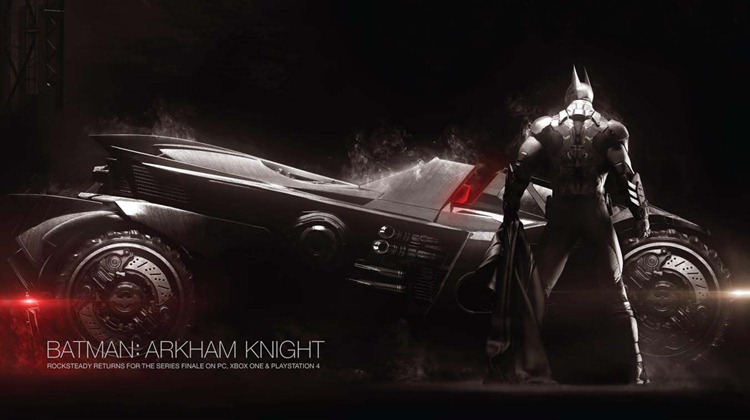 I’m still nursing a massive grin on my face over the news of a new Batman game from Rocksteady. Gotham is getting bigger, there’s a new black hat in town and Rocksteady wants to end their trilogy (You don’t count Arkham: Origins) with a bang. It all sounds good. But bugger all that, I just want to drive the Batmobile.

In the Game Informer reveal (via CVG) Rocksteady’s Sefton Hill explained how the use of the Batmobile would take gamers in the world of Batman “one step further”.

“The Arkham games have always been about providing that power fantasy, about being and feeling like Batman,” Hill said. “We’re going to take it further with the addition of the Batmobile and the bigger city.”

We’ve known it’s what people want. When you’re Batman you do think Batmobile, It’s the one key thing we felt we really always wanted to do. And also that refreshes the whole experience, which I really think it does. What we’re always trying to do is [make] every game feel like a new game rather than another episode of the last one.

We’re excited to be developing the game for next-gen platforms, which has allowed us to bring to life the design elements that we envisioned from the beginning such as the Batmobile and how it augments Batman’s abilities, to the fully detailed and realized Gotham City.

Here’s a list of features, as to just why the Batmobile is so damn special in the game:

I don’t think anyone here who thinks of themselves as a Batman fan, has not fantasised about driving the Batmobile at least once in their life. Whether it’s the tricked out version that Adam West drove in the 1960s series, the Tim Burton drag vehicle from Batman and Batman Returns or the Tumbler from the Dark Knight trilogy, it’s a dream vehicle of note.

And so far, the Arkham Knight version sounds like it was worth waiting two games for.