Home Gaming The batsuit goes beyond a normal redesign in Batman: Arkham Knight 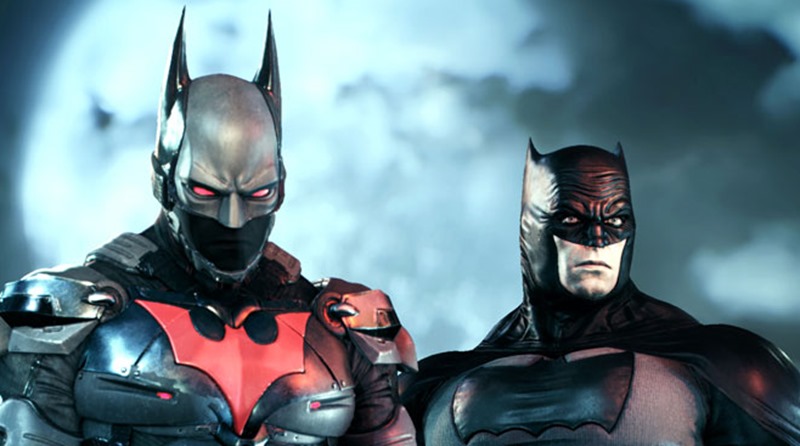 You ever been in a batsuit? I have. Much like a trip to Brakpan in the summer, it’s hot, sweaty and smells of rubber when you’re inside a full-body replica. But dammit, Batman will always have the coolest costumes, just another reason why I dig the character. As usual, there’ll be plenty of ostumes to choose from in Batman: Arkham Knight, provided that you pony up and pre-order the game or any of its special editions and forget about waiting a year for the GOTY edition. But only one costume will take Batman beyond…his usual threads.

Continuing the pimping out of the dark knight, Arkham Knight will see North American fans get a package of costumes that goes by the name of “Gotham’s Future”. The skin pack includes a Frank Miller-influenced Dark Knight Returns outfit and a more tech-heavy Batman Beyond costume. CHECK IT: 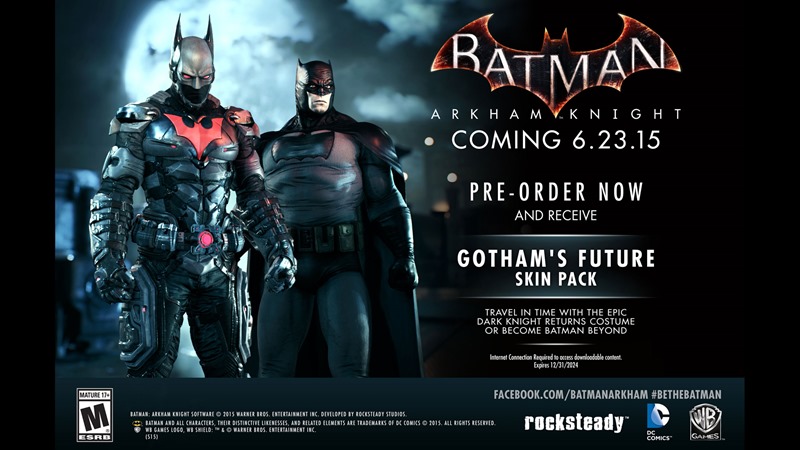 On second thoughts, that may not be a Dark Knight Returns skin. It may in fact be Batfleck from Batman V Superman: Dawn of Just Juiced. It’s not the first time that either costume has been in a Batman game. Batman: Arkham City featured both of them, with the Batman Beyond costume boasting a sleeker and more traditional look as part of the $5 DLC costume pack. We’ve yet to see a proper Batman Beyond costume that looks like it was ripped straight from the kickass cartoon, but I dig the techier side of this incarnation of the outfit. And yes, I’m probably going to drop some coin on it when its available later in the year as a separate DLC download, because I clearly have problems and intense fanboyism syndrome.

Now if you’ll excuse me, it’s been an entire day since I last sat down for a marathon viewing of Batman Beyond.