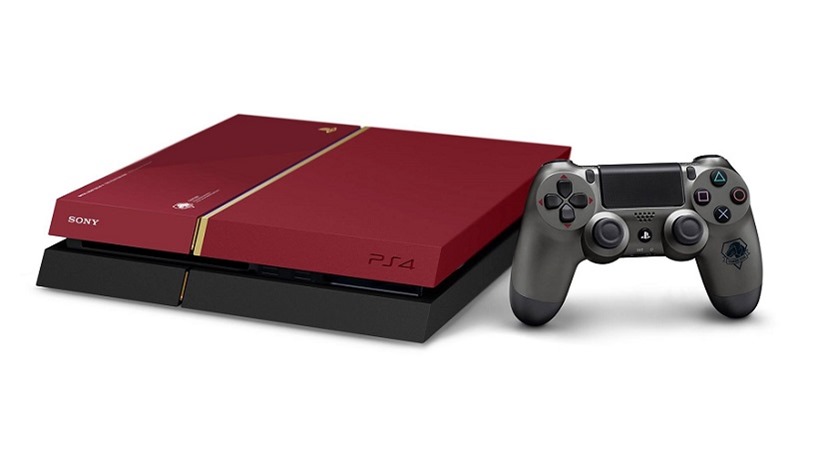 Perhaps it’s just me, but I’m not that much of a sucker for custom, special edition consoles. There are very few on the market (or heading here soon) that make me regret an early adoption purchase, but the crimson red Metal Gear Solid V PS4 is one that likes to twist my arm. Seeing it at E3 – just a pane of glass between us – I was enamoured, and now you can see it with just as much detail.

A new video from the not so popular offices of Konami gets up close and personal with the special edition PS4 that is actually coming to Europe (and South Africa!). The colour scheme mimics the prosthetic arm Snake will rock in the open-world swan song from Hideo Kojima, with the famed Metal Gear creator set to leave the franchise behind after September 1st. So what better way to celebrate it all than this?

Also featured in the video is the full-scale replica of said prosthetic arm, which doesn’t actually come with the console. Instead, it will ship with the game’s special edition – and looks like a pretty handy (ha) controller stand aside from being an authentic piece of Snake himself.

The real winner of the entire package though? Just like the Anniversary PS4, it’s the custom controller that does it for me. That gun-metal finish with the attractive Diamond Dog branding and dark red accents just makes me drool, as well as wish it was being sold separately. I could also just ship one of my controllers down to Darryn for a similar finish with a painted on Diamond Cat.

If you haven’t yet got a PS4 and cannot wait for The Phantom Pain, then this might be the perfect gift to yourself come September 1st. For everyone else, your vanilla black will do just fine playing one of the biggest games of the year.