Home Gaming The Comeback Kid getting an NFL game? 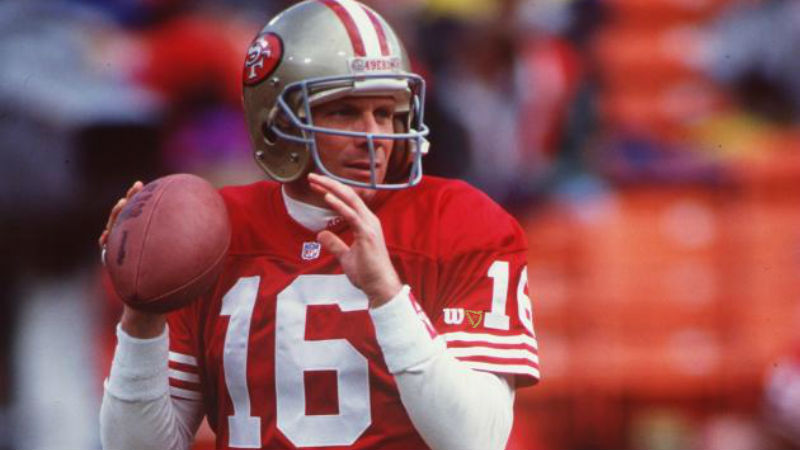 With the exception of watching a ton of basketball as a Knicks fan in the 90s, I have rarely followed sports closely. I like world events and get to know some of the players then, but I’m not generally embedded in sports culture. As a result, most of my sporting knowledge comes when something is a big enough cultural phenomenon that is extends into general knowledge. Joe Montana is one such pop culture phenomenon, and now he’s teasing an NFL game.

Back in the 80s and 90s, Joe Montana was practically synonymous with football (the American kind). He won a ton of awards and became known as the Comeback Kid for his ability to rally his team from late-game deficits. EA has a solid grip on the NFL with its Madden franchise, but Golden Joe might just be the one to help some other developer make a comeback.

Thanks to twitter, we know that Joe is involved in some kind of football game that uses the Unreal Engine:

When we combine that tweet with this one that shows Montana’s jersey (the number was retired when he left the 49ers), it seems that 2K might be the studio behind this release.

@SmittyD1981 Let’s not forget. I was the first one to post this -> pic.twitter.com/HJYSFikklO

Then there’s this article saying that 2K is working with Microsoft to develop the game, but that it will be coming to Xbox One and PC only. According to an inside source, the game will be revealed for a launch during Northern Hemisphere summer – that’s not very far away now. If it’s launching in four months, I wonder when we’ll get the big reveal. I can’t imagine they’ll wait until E3 – they need more time to build hype, don’t they?