Home Gaming The Destiny Redbull DLC has fallen before scammers 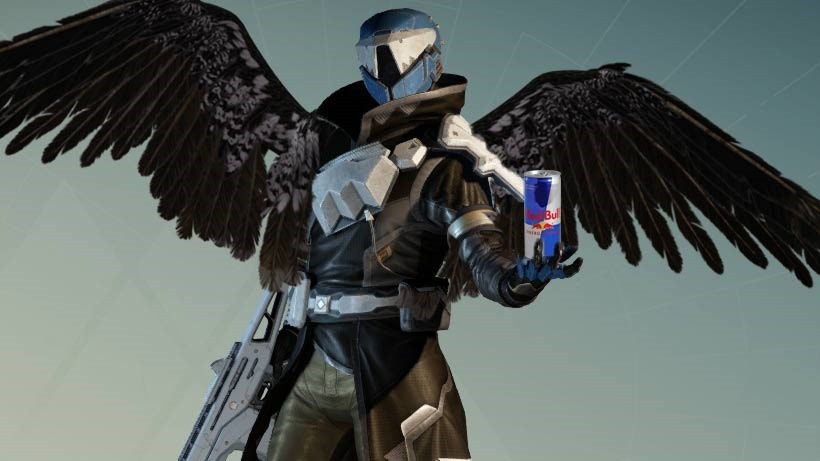 Destiny’s latest promotional stunt hasn’t exactly been well-received. For most players, the idea of locking a quest and goodies for the upcoming Taken King expansion behind a can of Redbull has been a massive slap in the face after months of grinding and support in that game universe.

Personally, I’m just offended that they chose Redbull to begin with, an energy drink which I’ve previously compared to being the equivalent of Smurfberry piss and cocaine.

Destiny fans were able to enter a code from the can that would allow them access to an exclusive Taken King quest and increased XP generation, but thanks to the internet, that promotion has been thoroughly buggered.

Over on NeoGAF, one player figured out how to game the system: 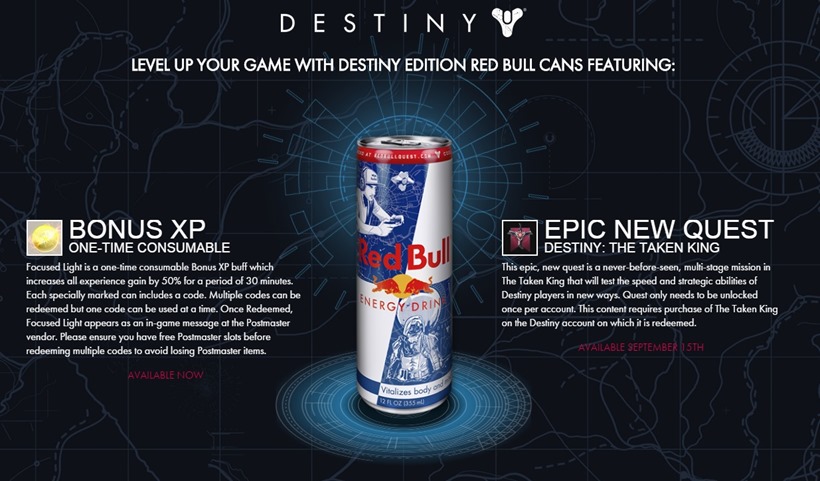 Want a code for the exclusive Destiny mission, only available for 7/11 Redbulls, plus a 50% XP boost? Well here is how to do it.

4: You now have the exclusive mission for Destiny plus a 50% XP boost.

Note 1: You can put more then two letters into the codes, its just you’ll have a chance of it being invalid.

Note 2: This is the numbers and letters for one specific batch. If anyone actually as a legit can, you should post the code you received, as their is (sic) likely batches of codes that use only other letters and numbers.

Note 3: This is likely taking a code from someone else’s can. Take that as you will.

Note 4: Redbulls site is slow and janky. Refresh the page if it claims it down and whatnot.

As you might expect, that post quickly crushed the Redbull website, resulting in overloaded servers. All thanks to people such as myself for trying the code out that is:

It’s going to be a PR nightmare for Activision now. On the one hand, you’ve got a marketing blitz that is going to fizzle out when people realise that they don’t need to buy Redbull in order to get their hands on the Taken King quest.

On the other hand, you’ve got people who actually did buy the stuff, and are now sitting with codes that won’t activate on the site. And when you’re losing money, I genuinely feel bad for you.

Because I really do not want to be the person who has to deal with an angry Destiny fan who also happens to be hopped up on Redbull.