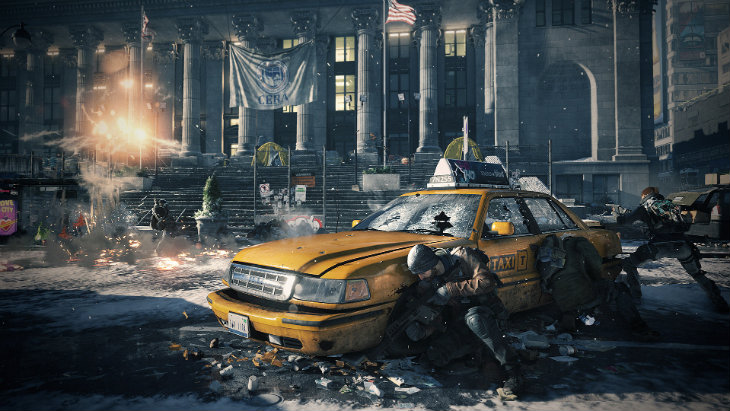 The Division is only coming in 2015 for PC, PS4 and Xbox One, so we all need to contain our excitement for it. However, some new details are making the game look even more interesting and you might get even more upset that you can’t play it soon.

Over on the Ubi Blog, a new interview has gone up with Game Director Ryan Barnard.

For the non-video viewing among you, Barnard talks about the enemy faction seen in the E3 trailer called The Cleaners. These are major baddies in the game and seek to burn and destroy anyone and anything that they perceive as infected. In order to fight them, you will need to upgrade your skills and abilities. However, this isn’t done according to pre-selected classes. Barnard explains that The Division is essentially a class-less game; they don’t want you to limit yourself before you know how the game is played. As such, you don’t start the game by selecting a class, but rather by creating a character who will grow depending on your preferred play styles. As you play and defend survivors or overcome The Cleaners, you will improve your control over the city, establishing bases of operations.

I’m very curious how they will meld the online multiplayer elements with the world take over, but I’m sure they have a mechanic in place to keep things interesting and balanced. It is such a cool premise, and I’m really keen to see how the game comes together – every bit that I see gets me more amped for it, and I hope it can live up to the hype when it’s released next year.