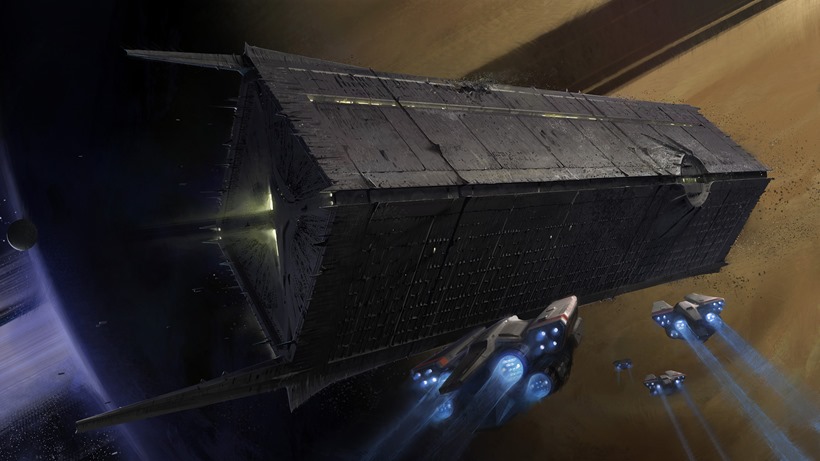 By now, you’re more than familiar with Destiny’s patrol zones? Need to quickly grab those fusion rifle kills in a bounty? Hit up Siege of the Warmind, and you’ll be done before lunch. Feel like killing some Fallen Wolves?

You can probably moon-dance your way through the Cosmodrome to the Skywatch and wait a few minutes for a patrol to show up. Everyone has their own setup for Destiny at this point when it comes to exploration, but The Taken King expansion will change that up with a brand new zone to explore: Oryx’s legendary Dreadnaught. 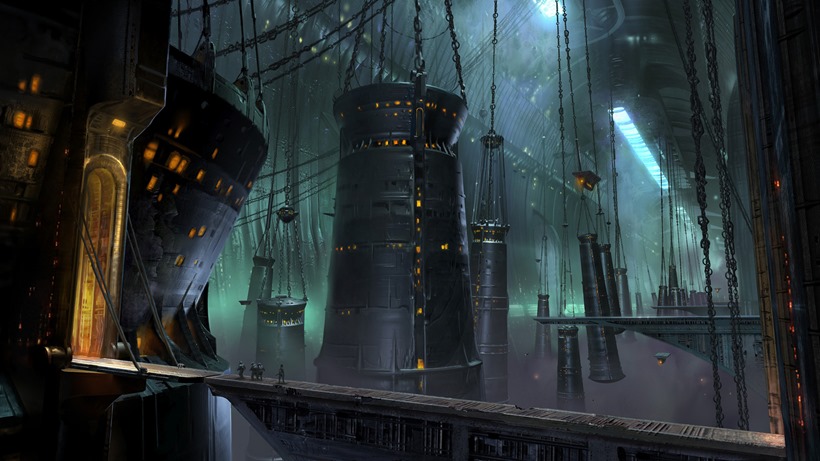 That massive ship enters our solar system in year two, and it’ll be bringing new challenges and missions with it. And death. Horrible, horrible and excruciating death in the darkness. It’s more than just a massive space-block however. It’s a chance to face the Hive on home ground, as Senior Artist Andrew Hopps explained in the Bungie update: 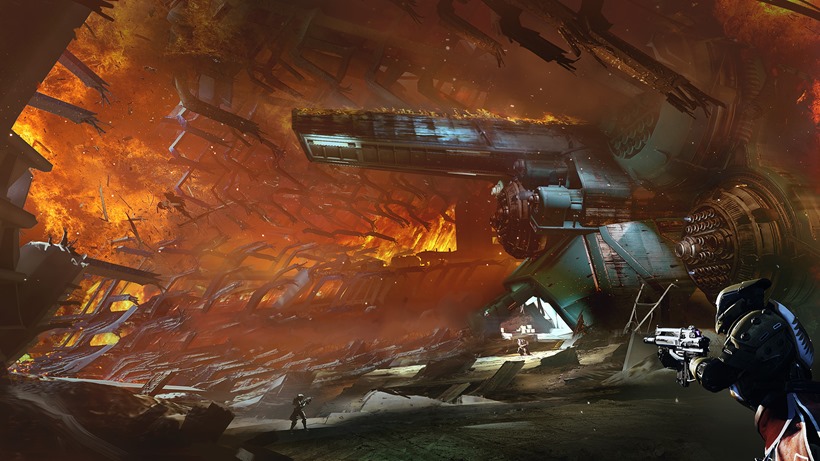 It was important to us that you would feel the scale as you moved through the hulls of the Dreadnaught, never sure about what to expect as large spaces condensed to claustrophobic tunnels before revealing entirely new areas of the ship.

A sense of wonder about the unknown is what drove a lot of the spatial design.

It was an incredibly fun challenge to find the right balance between a mysterious tomb ship and the flagship for the Taken fleet – to capture the idea of this unfathomable threat, a monstrous spaceship captained by the Taken King, yet filled with vast caverns and unknown passages.

I can’t wait for players to explore and discover all of its secrets. 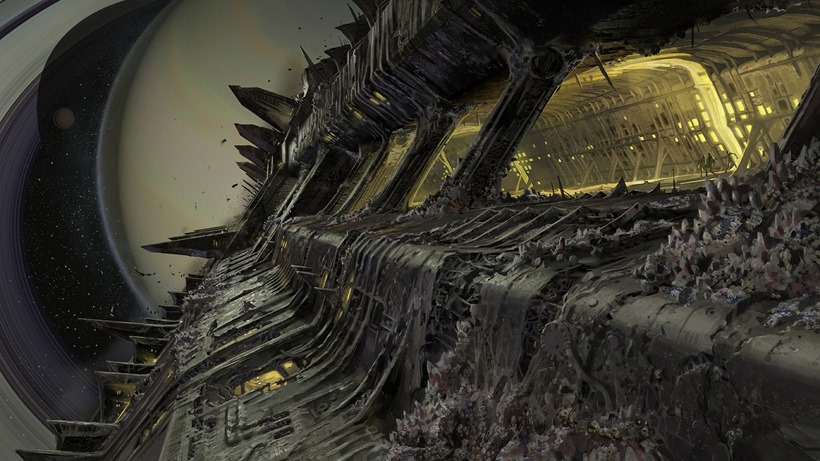 The Dreadnaught is also more than just the focal point for the expansion. It’s a Patrol zone set in the middle of The Taken War, filled with secret treasures to collect as designer Ben Wommack explained: 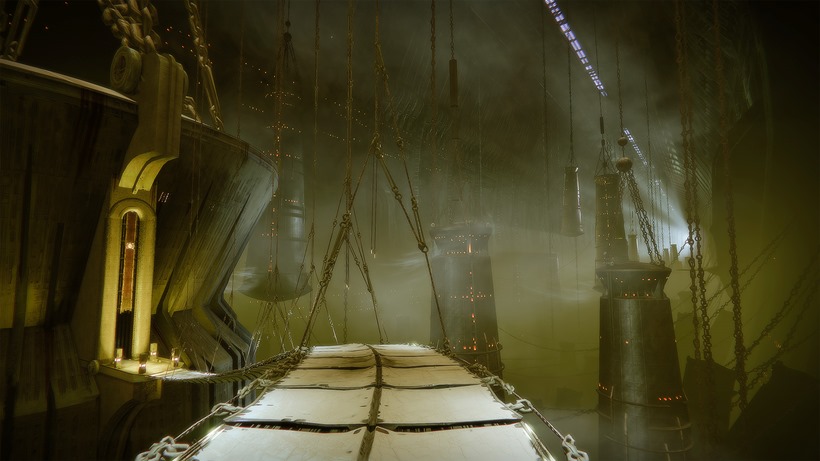 Way back during the planning of the Dreadnaught’s design, Luke Smith challenged us to create “an inscrutable loot-filled fortress.” That challenge was an awesome piece of direction, and went a long way towards inspiring our efforts.

We had an opportunity to improve upon the design of our worlds in Destiny, and the results are evidence of how excited this made us.

The Dreadnaught has its secrets—you’ll need to return again and again to solve them all and acquire the rewards we created for doing so. There are hidden treasures and bosses waiting to be found, and it won’t be apparent how to access them the first time you go exploring.

We’ve laid out a lot of breadcrumb trails though, as you fight your way through the ship. So follow the clues you’re given, face the challenges you can find, and earn that sweet loot!

The big design focus however, was making a zone that felt different. Which has resulted in new Public Events and patrol missions, as Wommack revealed that just figuring out how to complete them, will be a challenge: 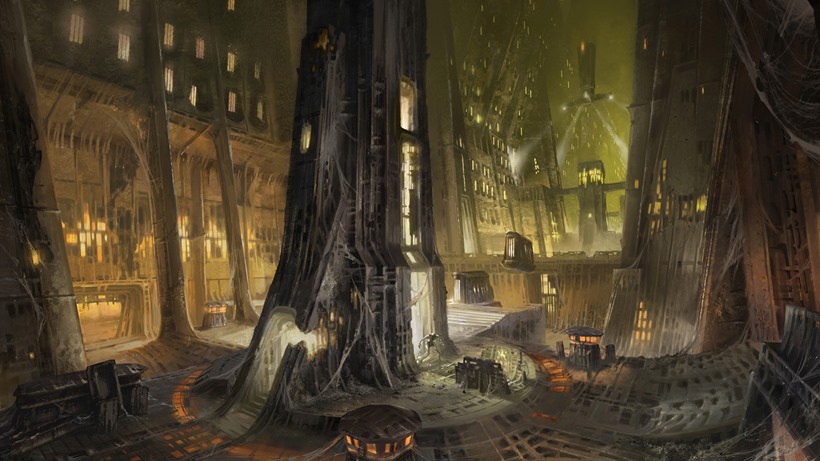 We play a LOT of Destiny around here. As a result we’re always designing new ways to challenge players.

Within Oryx’s behemoth ship, you’ll likely find more challenging Public Events than anything else you’ve attempted before on Patrol. How to succeed won’t be obvious at first, but the rewards will be worth your effort.

Get ready to fight bosses and encounters in surprising combinations of circumstances, and look to your fellow Guardians for help. Patrol is no longer easy mode—we should really get a Twitch stream going before launch to show what I mean.

We’ve created a suite of new mechanics and woven them into the Patrol mode. Every week, every day even, it will draw you back to fight through to its depths for loot and glory.

Expect to find new Bounties, Patrol Missions, and Public Events both large and small—some of which you can even instigate yourself, if you can discover how.

Speaking of new bosses, say hi to the latest nightmare of the Hive, the Darkblade: 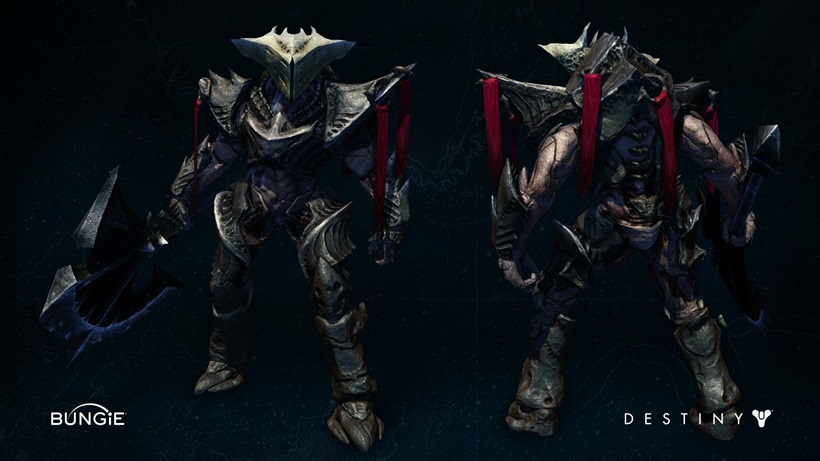 He looks like the kind of monster that Urokk The Hated dreams of growing up into one day.