Home Gaming The environments of DOOM are ‘almost like skate parks’ 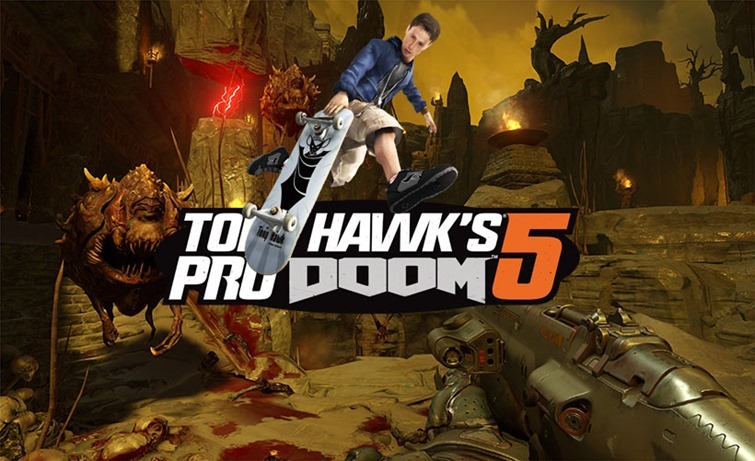 There’s something different about the upcoming DOOM. It’s starting to feel like the kind of game where stamina is an afterthought, and magic pockets are once again in fashion.

The E3 debut of the latest DOOM presented a new iteration of an old favourite, one which favoured speed and gore over how absolutely buggered a real life soldier would be if he had to lug a rifle, shotgun, chainsaw and a big f***ing gun everywhere with him.

And that’s an intentional design choice, as the latest Doom has more in common with a Tony Hawk game than it does a modern shooter when it comes to moving around.

“You do have to get into these expansive tracts, these big spaces, to really let the player have that level of fun,” executive producer Marty Stratton said to Metro, as he compared the player to an unleashed Ferrari.

And even there we’ve kind of added a level of verticality to our game. We’ve added double jump mechanics and mantling that gets you up really, really fast.

The demo shown off at the Bethesda conference at E3 this year, featured a player who kept to the bottom part of the stage on offer, but Stratton said that there would be other approaches available in the game.

“You can play that very differently, you can actually use some of the verticality to get height on the demons and fire down, and wait for them to traverse and try and catch you – and then jump back down,” Stratton said.

We refer to these arenas almost like skate parks, where you’re just going in and you’re improvising your way through this combat dance with the enemies. You can go back and play it over and over.

DOOM is out next year. Hopefully. It’ll be hitting current-gen console and PC.