Home Gaming The Evolution Of – Devil May Cry 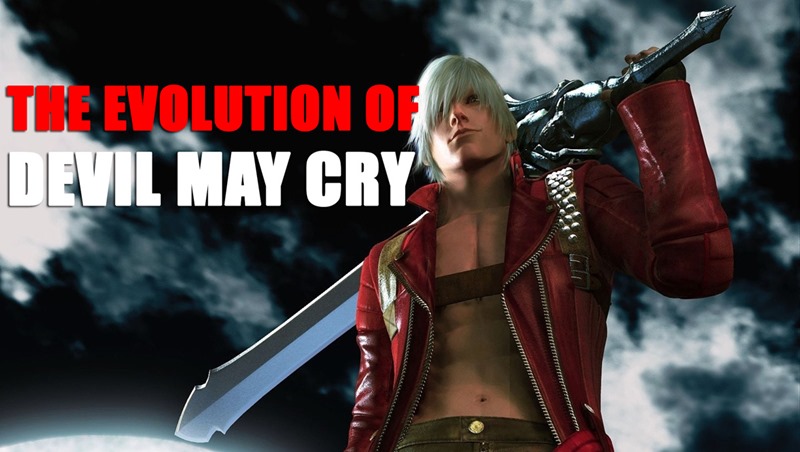 I generally go for video games that are all about escapism. Games that put me in the shoes of a character that could not exist in any one time or place ever, because reality loves harshing on your mellow fantasy. So naturally, I have a deep love for Devil May Cry.

And it’s not just because of the rock-solid action, style and attitude of the series. But because underneath all that stylish leather and massive swords, there beats the heart of a champ. And I appreciate that. I managed to play the first game back in the day on the PlayStation 2 when it hit platinum, after reading about it in an EGM magazine that I bought for the Tony Hawk’s Pro Skater 3 cover. Getting video game news from a magazine? Crazy, I know, but I digress.

From the moment I started playing that game, I was hooked. This was escapism. This was cutting edge. This was just damn good fun. The game lost a bit of steam with the first sequel, but it found that mojo again in Devil May Cry 3, which I picked up as special edition on the PC a couple years later, a decision that gave me bonus content, such as being able to play as Dante’s stoic brother, Vergil.

And then the franchise hit a high note for me with Devil May Cry 4. It was my very first Xbox 360 game. And quite possibly my favourite, even though this statement will most likely have people like Geoff spitting on me. Moreso than usual. I’m going to stick my neck out, and admit that I dug that the game focused more on Nero than Dante, who I felt embodied the best parts of the franchise for me.

And then of course, there’s the infamous reboot, which is a criminally overlooked title as far as I’m concerned. A damn good attempt by Ninja Theory, and a Devil May Cry game that can proudly stand with the rest of them. So, which is your favourite Devil May Cry game?