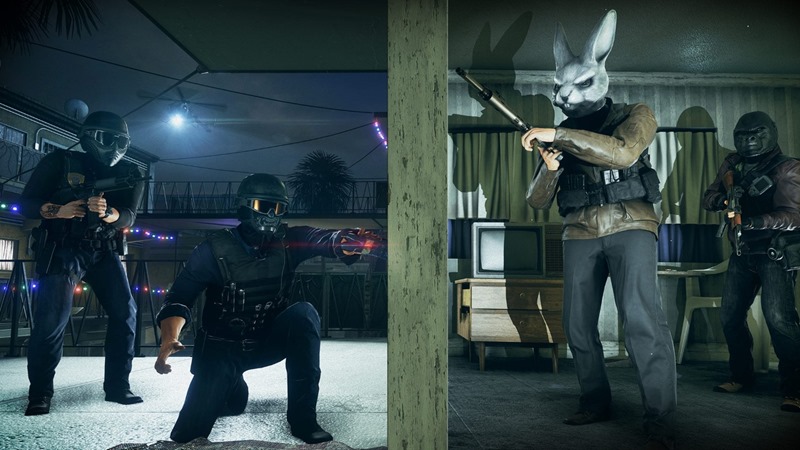 Like every other Battlefield in recent times, Hardline has a multitude of additional content planned to keep the game’s community hooked well after release and into the foreseeable future. Reckon you’re over EA’s cop and robbers simulator already? The release of Hardline’s first DLC may jump start your excitement once more. It’s called Criminal Activity (such title, so creativity), and it’ll be available next month.

Here’s the premise for shooting each other even more because REASONS (via Polygon):

Small crews of well-trained, aggressive criminals have been using force of arms to terrorize the citizenry and are in direct conflict with the police in many cases.  Public property damages and insurance claims have skyrocketed, not to mention the impact on the police force.

Detectives have uncovered evidence of a secret crime ring that could be behind all of this activity.  They’re not sure why anyone would coordinate these goals – in a number of cases, the take seems to be smaller than the risk. But, orders have come down the chain to find out what’s going on and put a stop to it. Will you help the police?

What better way to solve a case than to shoot and blow up everything in sight? Criminals beware… JUSTICE WILL BE SERVED!

Here’s some nifty bullets containing all the neat features you can expect from Hardline’s first DLC pack:

Having not played the game yet myself, I can’t really offer comment on whether these new additions are exciting or not. What about you, are you keen to play some more Blah Cops? Does this DLC appeal to you at all?