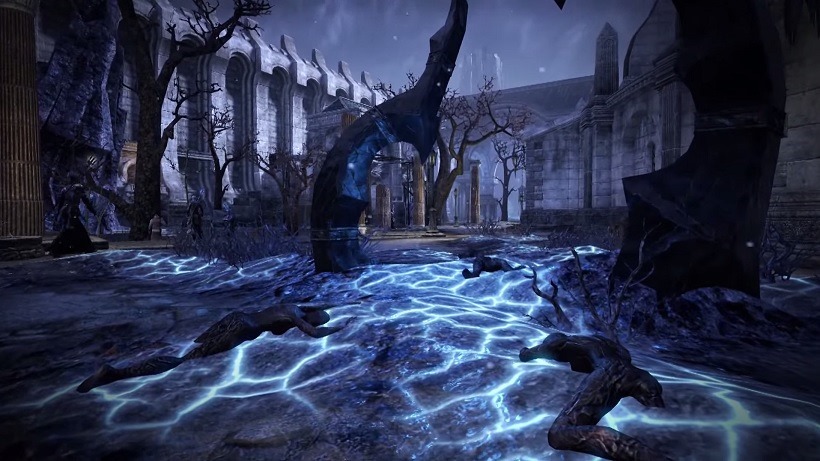 The Elder Scrolls Online has come a long way since I reviewed it in April 2014. Back then, it was a buggy mess that did little to keep me hooked. A year later however; it has been launched on both Xbox one and PS4 too, patched up somewhat, and gone subscription-free. I have never felt the urge to head back to Tamriel myself, but that doesn’t mean others haven’t heeded the call for glory and adventure. Are you one of those dedicated players? Prepare for new content – the Imperial City DLC is coming!

Here’s an overview and trailer of the new content (via PC Gamer):

Daedric overlords and Worm Cult generals have taken the Imperial City, and members of all three alliances vie to take it back. Experience hours of new gameplay and story content and earn two additional Veteran Ranks, as you uncover Molag Bal’s fiendish plans for the ancient seat of power at the heart of the Empire.

The Imperial City DLC will be free to those with an ESO Plus Membership, or cost 2500 crowns for everybody else. Here’s what it comes with:

It’ll launch on PC on the 31st of August, Xbox One on September the 15th, and the Playstation 4 one day later, on September the 16th. Alternatively, if you want to get in on the action early, the Imperial City DLC will be available on the PTS sometime later this month (on PC and Mac).

Are you still playing The Elder Scrolls Online? Are you excited for this new content? I can honestly say that I’ve never had the urge to go back to Tamriel, not even once. Still, I’m glad the game has rectified its past mistakes and hasn’t died out entirely.