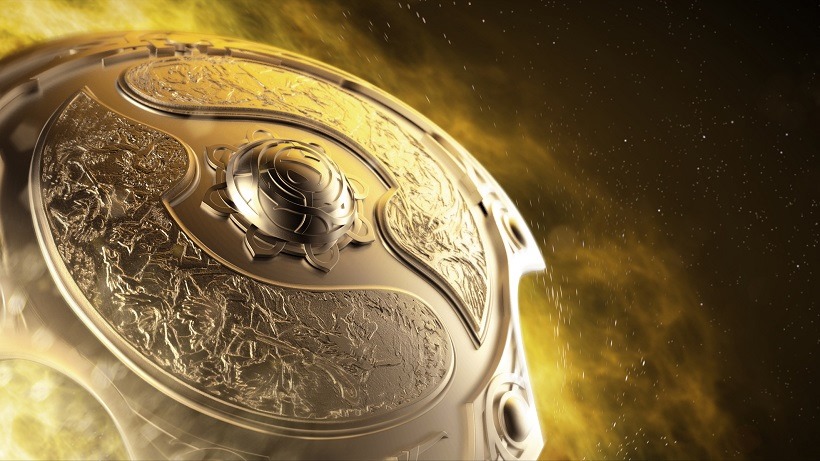 As my Dota 2 passion slowly revives itself, day two reminded me why I once put in 5500+ hours into the game. The day was full of some of the best Dota 2, while still grasping the new strategies and picks, I’d seen in a long time. The day was of course filled with upsets as the winner and loser bracket unfolded. Cloud9 are out, unlucky EtnernalEnvy, as well as Empire, who showed glimpses of promise throughout the tournament.

The two North American based organizations faced off in the first match of the day, and the game went almost as expected. Evil Geniuses rained supreme on the back of their youngster SumaiL, the boy wonder from Pakistan. Showing incredible understanding of the game.

Game one veteran Fear, playing in his first International in 2 years, stepped it up on his favoured Anti-Mage and EG secured a 27-11 finish against Complexity.

Game two the SumaiL show as his solo mid Ember Spirit proved too tough to handle, being 12-0 at one stage, and Evil Geniuses ran away with the game. There were moments of hope where Complexity managed to take a team fight and force a few die-backs (buying back and dying), but the drawn out game ended 45-10 to Evil Geniuses.

Team Secret have been favourites leading up to, and throughout the tournament. In previous year’s favourite teams to win have had rather flawless runs until the Grand Final. Invictus Gaming did it, Alliance did it and so did Newbee. Unfortunately this was not the case with Team Secret as they lost 2-0 to EHOME in the second round of the Winner Bracket.

In game one Cty, my new favourite player, proved too strong on his Storm Spirit, leading to a 11-3 score. The game was relatively close, but EHOME pulled ahead and finished the game 27-20. Team Secret are not unbeatable and have lost games during the International, but in a best of three series they might still be able to pull of a victory.

Game 2 was slightly more one-sided as the usual Arteezy Anti-Mage failed to make its appearance, instead shadowed by YJ on his Gyrocopter. EHOME sealed the series 2-0 with a final score of 27-13, knocking the favourites to the lower bracket where they’d now have to battle it out in the trenches.

The American hopefuls, Cloud9, unfortunately couldn’t make it through to the final rounds of the International. Living in the shadow of their Counter-Strike team, who love second place, Cloud9 could not best 2014 runner ups Vici Gaming.

Game one was a drawn out affair, where Vici Gaming reigned supreme with a 50-37 finish.

Game two was slightly more one sided, as it was do or die time for both teams. Vici Gaming were one step away and applied the needed pressure to push Cloud9 out of the International. Vici Gaming took the series 2-0 and poor EternalEnvy and Cloud9 took another early exit from The International. Luckily they still walk away with a nice wad of cash, thanks to the $18 million prize pool, and live to fight again.

After Day 2 all eyes still remain on LGD, the now favourites to make it through unbeaten to the Grand Final, while Team Secret fans hope they can push through the trenches and regain their predicted top spot. 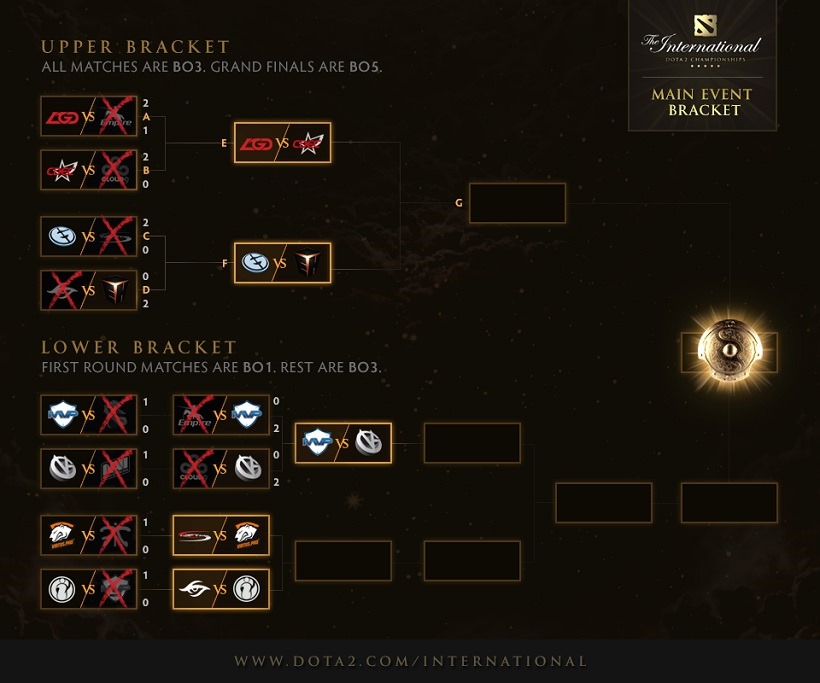