Home Gaming The new patch for Arkham Knight on PC fixes things…but you can’t have it. 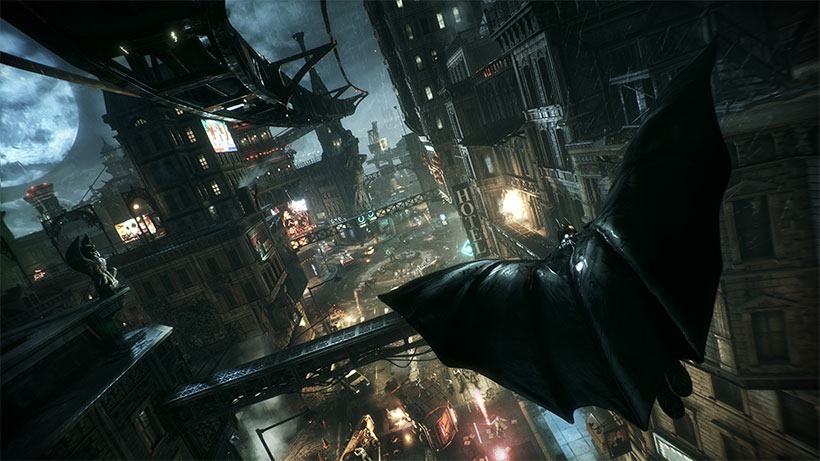 The good WB giveth, and the WB, he taketh away. While that statement could be applied to the PC version of Arkham Knight in its entirety, it’s also applicable to the latest patch for the beleaguered and broken PC version of Rocksteady’s last Batman game.

When Arkham Knight was released on PC in June, it was released in a poor enough state that Warner Bros saw fit to pull the game from retail and digital shelves. Patches were promised for last month, but have now been delayed until later this month. Some people got hold of the patch early though.

As many of you know, on Steam you’re able to opt in to download beta versions of products, and it seems that many who did so for Arkham Knight were graciously given the game’s latest patch…by accident (via Kotaku). Somebody at Warner Bros goofed, and let the patch go out to unwitting players – but it apparently worked wonders, making the game not just playable, but allowing PC gamers with the requisite hardware to push the Bat to the max, with nary a framedrop. Hooray! 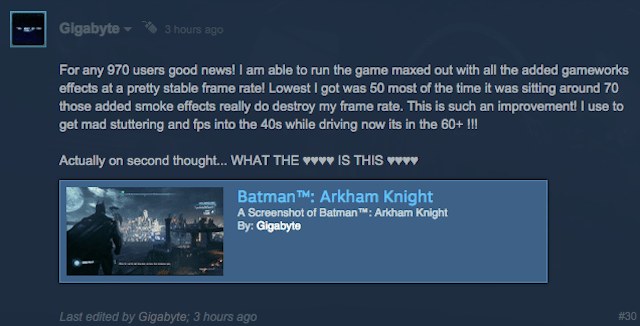 The bad news? Because it was released early, in an incomplete package, it was soon after replaced with another beta patch that undid all of the good. The PC version is back to how it was, and the interim patch, scheduled for release last month, is still unreleased.

That the new patch does seem to fix things is a glorious ray of hope for PC gamers who bought the game, but is likely not good enough to unravel their knotted, festering anger towards Rocksteady, Warner Bros and Iron Galaxy, the company responsible for the abysmal port in the first place.