Home Gaming The Onion spoof of TESO a better game 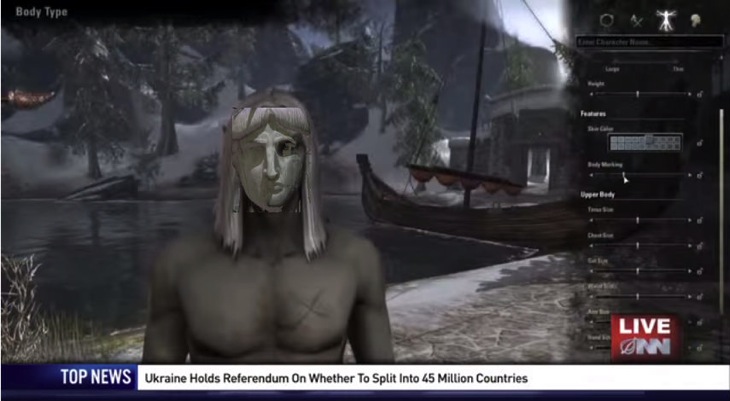 I’m a huge fan of The Onion – their satire is genius and they hit the nail on the head with their social commentary. This latest spoof of The Elder Scrolls Online is hilarious, and strangely looks like more fun than the actual game.

The spoof shows players able to customize every facet of the character – they rave about spending hours on an orc’s liver or issues with a digestive system that causes continuous ulcers. Of course, the reference to crazy mutants is hilarious, with some characters just begging to be killed and put out of their misery. If you aren’t interesting in such detailed design, you are always welcome to play with a character who looks like Viggo Mortensen. Well played, The Onion, well played.

Remember when people thought TESO might actually be a fun game. Shame, that didn’t last long. Anyone still taking bets about when it will go free to play? I haven’t heard anything about people still playing that game – are any of you in game and enjoying yourselves. Or, well, in game and not enjoying yourselves?

I go in waves with character creation. I don’t think all games need such detailed character creation – do I really need to adjust the size of my nose to feel immersed in a game? Then again, it can be really cool to make the characters exactly to my specification. I’d love to customize my muscular-skeletal system, or perhaps my DNA – that sounds like a hilarious game in itself. Protein folding here I come!