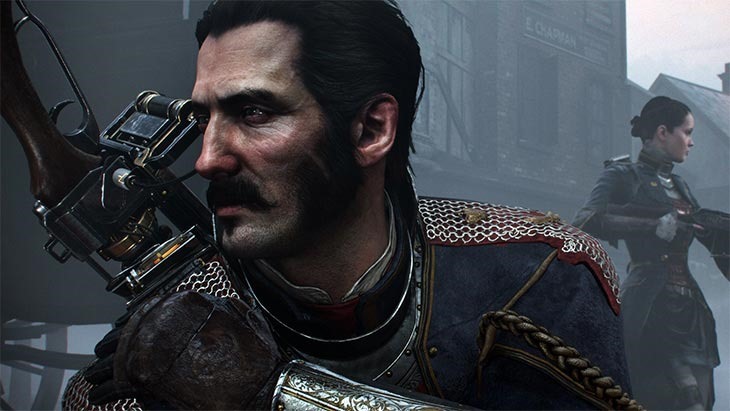 Later today Sony will be showing off a rather extended trailer, including gameplay, from the rather anticipated Ready At Dawn developed The Order: 1886. The embargo for preview info on the game is up today, so expect a tonne of details later. However, one publication has already published their info. Here’s some information from French Magazine Jeux Vidéo (via E-mpire) you may find interesting.

First off, there’s the giant elephant in the room. The game is rendered at 1920×800, at a 2:40:1 aspect ratio. It’s running at 30 fps. Of course if you’ve been following the brief cookie crumble trail you’d already know that. It’s not 1080p at 60fps – and because it’s a Sony game, resolution and framerate won’t matter. Ready at Dawn has said that they’ve chosen this to make it feel cinematic

That said, it does look and sound incredible. It will indeed feel cinematic, and yes that does unfortunately mean that it will have a few quick-time events in its cut-scenes. It also, says the magazine, feels much like a survival horror and features “brutal” hand-to-hand combat.

Hand to hand fights are pretty similar visually to the ones in The Last of Us. and are really brutal. fight scenes are contextual and with multiple choices depending on your surrounding. You have to look around your character with the camera during bullet time and select what you want to do.

The hand to hand fights won’t look the same ever. it uses some kind of linking system colbined (sic) with player reactivity.

Here are some gifs for your eyeballs. Warning, they’re 5mb a piece.

Check put that cloth physics! We’ll have the video and info up as soon as it’s available.

Here is some video via The Gamer Access! Thanks, Umar!

The Order: 1886 Merges CG and Gameplay Visuals… by TheGamerAccess