Home Gaming The quests of Destiny are getting a complete overhaul 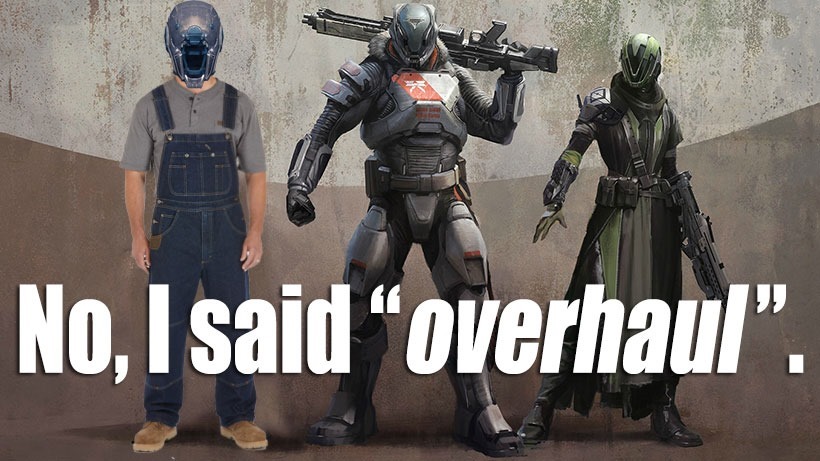 Destiny, a game which may or may not have repeatedly practised extinction-level events on my face in a level 34 Prison of Elders match last night, isn’t your usual game.

Bungie’s it’s-not-an-MMO-shooter-but-let’s-be-honest-here-it-really-is game will be undergoing several changes when The Taken King DLC pops up in September. One such massive change, will be in the way quests and bounties are handled. “The implementation of Quests and Bounties in Year One was a foundation, but it was clear to us and the community that it was an area for improvement, especially if we wanted to rely on questing even more in Year Two,2 Creative Director Luke Smith explained. The Taken King was built with Quests in mind, but we didn’t want to ignore the Year One content in this global change. So as a part of this update, we’ve taken all Destiny content and – for lack of a better term – “questified” it.

In practical terms, this means an increase in bounties that a player can undertake, which will also be tracked in the game HUD. Bounties that have been completed, can be turned in from the Quests screen, handy stuff if you’re sick of travelling to the Tower or Reef to earn that extra experience. “Count on it, Guardians. Guns, Balance, Progression, Destinations, Enemies… We’ll unpack everything a hardcore player like you would want to know before launch,” Smith said of other upcoming changes.

With the big motivator this week being the quest to earn a Triumph emblem, Bungie also updated their stats on player progression so far towards that shiny nugget:

I’ve got six of the available requirements so far. And as soon as I beat that bastard Vex boss in the Prison of Elders challenge, I’ll make it seven out of ten in my journey to get that bragging rights emblem. Xur, sell a bloody Gjallahorn already.