Home Gaming The Walking Dead soldiers on in early March 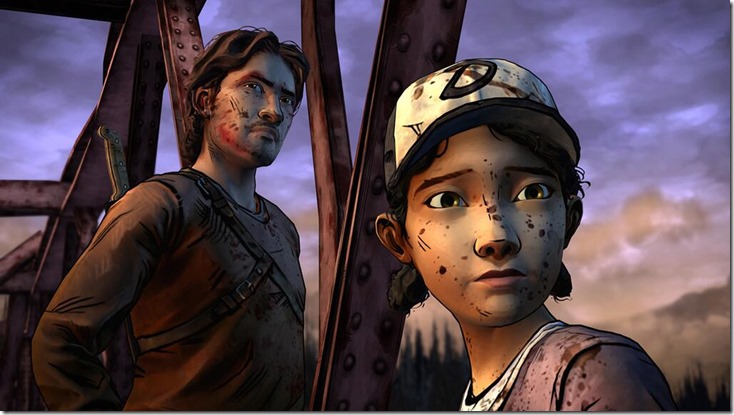 Along with a new screenshot, the official Telltale Games Twitter account has tweeted out a release window for Episode Two of The Walking Dead Season Two. Brace for feels in early March, and look for a trailer sooner than that.

Telltale Games have a pretty good thing going right now. Episode One of The Wolf Among Us hit in October of last year, followed by Episode One of The Walking Dead Season Two in December. Now, they’re closing down the gap. After receiving Episode Two of The Wolf Among Us earlier this month, we won’t have a very long wait until we’re graced with Episode Two of the sister series. The info-revealing tweet is as follows: Episode One: All That Remains was a great way to lay the setting for Season Two. Clementine has stepped straight into the spotlight, and ends up on her own in short order. The challenges she faces from now on are indeed unique – she wasn’t born into a world of zombies, but she is certainly growing up in one. No one else can guide her along anymore. She’ll have to decide who to question and who to trust all on her own. By the end of Episode One, it’s easy to be excited about coming along for the ride.

As harrowing as some moments of Episode One could be, we can pretty safely discern that it was a setup for what’s to come. We’re just weeks away from finding out what that could be.