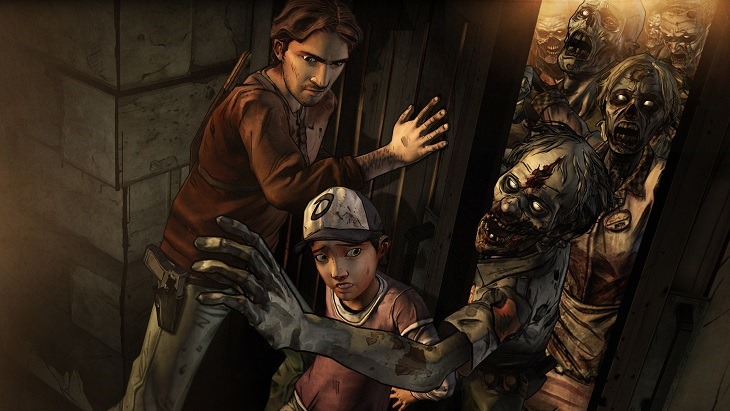 Telltale’s The Walking Dead series is pretty well established now. The first season received critical praise from many. While I don’t quite understand all the game of the year awards, it was a great game nonetheless and I really enjoyed it. The second season is nearing its conclusion, with just one outstanding episode. Looks like a third season is on the way too.

The announcement was made at San Diego Comic Con this weekend (via Game Informer):

Act surprised, like you didn’t expect a sequel! I’m not at all shocked. The Walking Dead universe is one which has lots to be explored, so a third season was almost inevitable.

What wasn’t announced, were any actual details. There is no indication of any kind of release period, nor confirmation as to whether Clementine will be back to lead the season 3 cast. The last episode of season 2, “No Going Back,” should be landing somewhere in the near future. I’m sure more details will follow after its conclusion.

The episodic nature of the series puts many gamers off. I can understand why, but I really do enjoy the bite sized content. I would be more than happy to see a third season. If Telltale kill off Clem in the final episode though, I’m going to be forced to take to twitter like a raging fanboy so I can get my way!