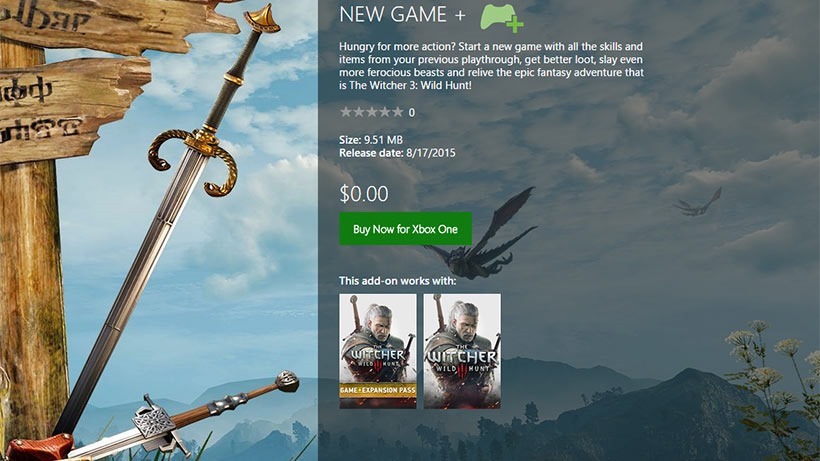 But only on Xbox One so far! The much awaited last bit of free DLC for CD Projekt RED’s lauded RPG is out now on Microsoft’s platform, heralding the imminent release of the eagerly-anticipated New Game Plus Mode, giving demon hunters and monster slayers a second crack at taming the beasts of the Northern Kingdoms.

There’s absolutely no sign of it yet on the PSN or on PC through Steam or GoG’s Galaxy – but with it out on one platform already, it’s likely to come at some point today. For those of you still wondering what does or doesn’t carry through in a new run of the game, here’s a quick overview from Reddit:

Yes, that collection of Gwent cards you’ve assembled over your 100 (or more!) hours of the game are gone, meaning you’ll have to collect them all again. That makes sense, I suppose, given that many of the game’s Gwent cards are quest related, and that earning cards is the entire impetus behind playing that waste of time, terrible card game in the first place.

The base level for NG+, it seems is 30 – so if you’re not there yet, you’ll be pushed up to that level and given a “do over” potion to reset your stats. Those of you who’ve over-levelled will start at whatever level you’re on.

Are you ready to play through the Witcher 3 again?