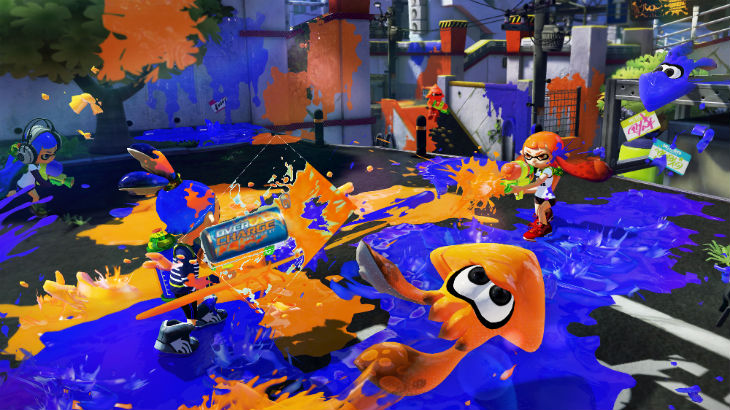 E3 is such a strange experience. At its core, it’s still a trade show designed to show off the goods that publishers will be pushing in the coming months and years. While journalists and distributors seem to think about E3 the most when planning their calendars, it’s also a big deal for consumers, and helps to formulate buying patterns. This year’s E3 shook things up a bit.

In a survey commissioned by IHS with Gamer Network, E3 reportedly gave a huge boost to the number of people interested in buying a Wii U. The survey was conducted before and after the show in LA and revealed that while the poor Wii U started out with the lowest number of people interested in buying it, it gained the most traction during the expo. By the end of E3, 20% of respondents intended to buy a Wii U, equal to those who were looking to get an Xbox one. PS4, the leader going into E3, lost a bit of ground to the other consoles, dipping below 30%.

As for the games, gamers were more excited for titles coming in 2015 than 2014 with most respondents (60%) looking to grab Batman Arkham Knight when it releases next year. When it comes to this year, players are keen to play Destiny, AC: Unity and GTA V on new consoles while COD: Advanced Warfare and Battlefield Hardline are lagging behind. Perhaps it’s a good thing Battlefield has been delayed into next year so that it can build a bit more hype in the interim.

Going into the holiday season, the report indicates that exclusive releases aren’t what ships consoles, except Mario Kart 8 for Wii U.

As a result, the success of console sales this holiday shopping season will depend more heavily on the total value and content proposition including exclusive content offered by multi-platform games rather than a single, very influential system-selling exclusive. This factor will impact the marketing strategies of the platform holders as we move into 2014’s main shopping season.

These results are making me a bit worried about the Xbox One. We already got the sense yesterday that sales aren’t as great as we thought, and now the Wii U is actually giving that console some competition. The PS4 is clearly in the lead, but the Xbox One might not be its biggest competitor long term. I hope Microsoft has a plan to boost sales of their new console – of course it will help that it’s launching here in September, letting South Africa (and a bunch of other countries) finally join the Xbox One community.