Home Gaming The Xbox One has won an Emmy… 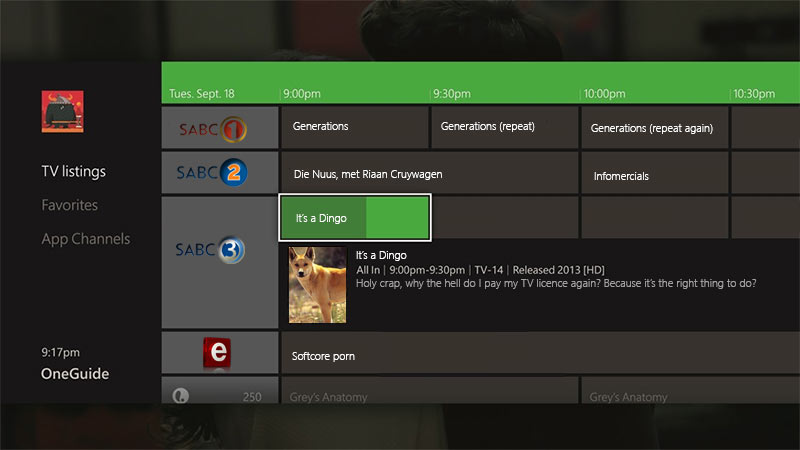 Though the console is quite a different beast now to when it was first announced, the Xbox One’s large TV focus has earned it an accolade from the Academy of Television Arts & Sciences. Yes, the Xbox One has won an Emmy Award. During the 66th Annual Technology & Engineering Emmy Awards, Microsoft won an award for being the past year’s best Television Enhancement Device.

“This year’s ceremony featured some especially great news for Xbox One: Microsoft will receive an Emmy Award for Television Enhancement Devices, thanks to the Xbox One’s industry-leading television-on-demand and media center capabilities. Microsoft is in good company with the likes of fellow award recipients Apple, Roku, Sony, and TiVo – and we’re proud to be awarded this honor by the National Academy of Television Arts & Sciences,” Microsoft stated in an official blog post on Xbox Wire.

It’s not entirely surprising.  There are a number of apps and services available on the Xbox One that make it a uniquely engaging media playing machine, not least of which its built-in digital, overlaid TV guides and the wealth of media apps available; Apps such as NOW TV, Pandora, VEVO, HBO Go, Twitch broadcasting, Plex, Netflix, Hulu et al. Of course, none of that matters to we second rate gamers here in South Africa, where just a handful of the services actually work as they should – making many, if not most of the Xbox One’s media and TV features moot.

With that in mind, do you think Microsoft deserves the award? Do you find it surprising? You shouldn’t.