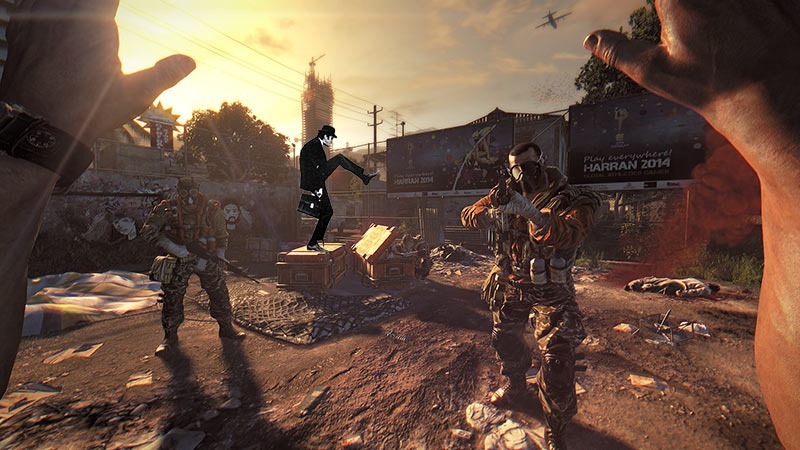 I don’t get parkour. Sure, it looks like a fun, healthy and bonkers way to get from point A to point B. But at the same time it also involves strenuous physical activity, and if Bender Bending Rodriguez has taught me anything, it’s that walking and all of its variants are for chumps. And chumpettes. Still, running around like Peter Parkour has its uses, and when you’ve got the undead on your ass, it’s a functional way of getting around the apocalypse. And for Dying Light, the developers of that game tapped the talents of actual parkour pros.

According to a press release from Techland, actor, stunt co-ordinator and parkour founder David Belle was brought in to help develop the feel of parkour in Dying Light. You can see his input and direction, in the video above if you’re into that kind of thing.  “David’s influence really helped us push the parkour system to a point where it felt authentic yet still intuitive and worked perfectly in-game,” game director Adrian Ciszewski said in the statement.

We’ve had so many journalists and external playtesters say to us that this really is game-changer in terms of first person perspective freedom of movement.

I can say that Dying Light certainly does have a more organic feel to it, when it comes to navigation. There’s a ton of running, jumping and acrobatics to do in the game, with the post-apocalypse making for a rather swell playground. I’m not certain if the full product is as revolutionary as the PR paints it, but it certainly isn’t your stock standard method of getting around.

It’s pretty much the new status quo in gaming, as your regular running, jumping and crawling isn’t enough these days. Games such as Crysis, Titanfall and Call Of Duty: Advanced Warfare have given players the tools to move faster, better and more organically. And that’s a concept that I hope is here for a long time still.