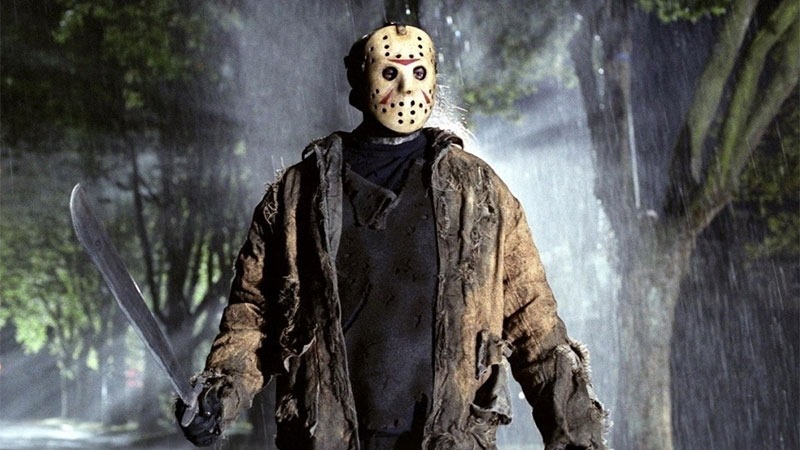 Asymmetrical multiplayer games seems to be all the rage right now, with 4v1 shooters like Evolve leading the charge. There’s a new one on the way, based off the classic horror film series, Friday 13th. Tentatively, and rather ingeniously called Friday the 13th, it’ll be the first officially licenced Friday the 13th game since the game that pitted your digitized sprite against the hockey mask-wearing Jason all the way back on in 1989 on the NES.

Like Evolve, it’ll be an asymmetrical multiplayer game, setting a small team of players – who’ll have to use their wits to survive – against the masked slasher. Presumably, the black guy and the young lass with lose affections will be the first to die.

“With a new television series on the horizon and plans announced for the thirteenth installment of the film franchise, we felt the timing was right to finally explore Jason, Camp Crystal Lake, and the rest of the Friday the 13th story in interactive form,” explains Sean S. Cunningham, creator of the original film.  “We have some exciting new ideas for a game that supplies plenty of replay value, while delivering the kinds of thrills and scares that fans of the franchise have come to expect.”

As far as the game’s lore goes, it’ll feature call-backs to the original films, as well as the brand new, impending TV series. There’s no word on platforms, or who exactly will be developing or publishing the game, but that information is expected in the coming weeks.

If done right, it could be the beautiful marriage of two rather hot gaming subtypes; asymmetrical multiplayer, and the resurrected survival horror. It could be cool, but with a dearth of details, I’m finding it rather difficult to get excite – as cool as the idea of digitally stalking and summarily executing dumb teenagers sounds.

It’s set for release in October this year, despite there being an actual Friday 13th in November.

LeBron James in talks to reboot Friday the 13th films