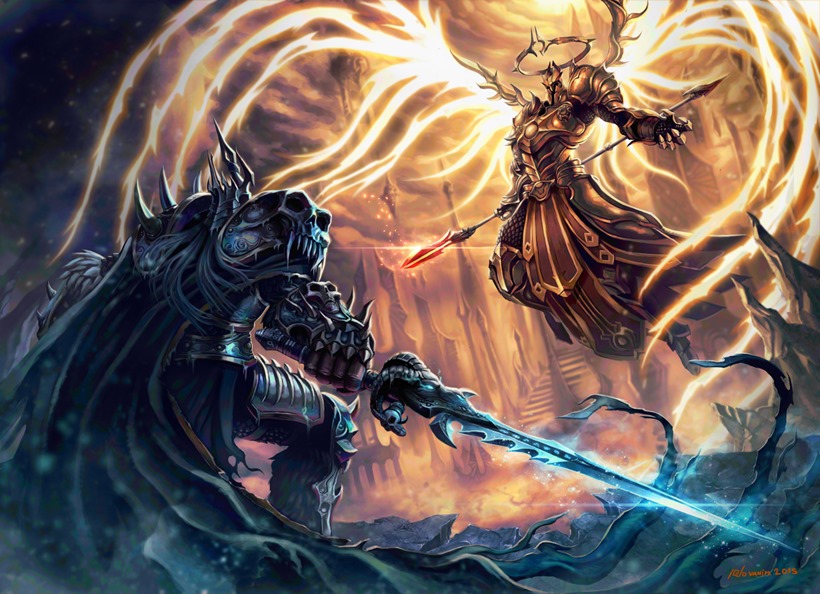 When the Heroes of the Storm beta kicked off a while back, it did so with a fan art contest. Artists were asked to create original works depicting two or more heroes from the various Blizzard franchises locked in almighty battle. Now, many weeks later, thousands of entries have been judged, and only 25 stand a chance of claiming the grand prize.

Blizzard revealed the semi-finalists in their latest Heroes of the Storm blog post. Here’s a quick blurb:

Over the last two months, talented artists from this side of Azeroth, the Koprulu Sector, Sanctuary, and beyond have taken up their styluses to defend the Nexus and celebrate the launch of Heroes of the Storm. One-by-one, they’ve channelled their inner Heroes to create stunning illustrations depicting characters from two or more different Blizzard universes engaged in battle.

There are over $13,000 worth of prizes and an original sketch from Sam Didier up for grabs, and by the time the deadline for the contest drew to a close a few weeks ago, an incredible 2,373 pieces of stunning artwork had been submitted! The sheer talent of each and every one of these artists is astounding, and we highly encourage you to feast your eyes on all of the contest entries.

Somehow, those 2,373 masterpieces were whittled down to the following 25:

Wow, they’re all pretty damn spectacular – the judges really have their work cut out for them! The top three submissions will be announced in the next few weeks.

After taking a hard look, I’ve decided that Arthas going up against Tyrael (the header image) is my personal favourite. I would happily purchase and hang up a print of that masterpiece on my wall. Actually, I would hang up most of these! Which do you think will grab the podium positions?