Home Comics & Toys This Superman is the comrade of steel, da! 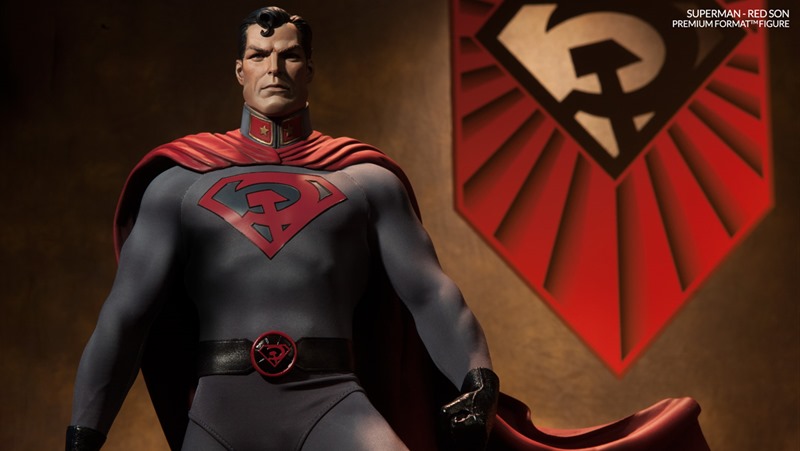 The story of Superman is easily summarised in a few lines. Doomed planet. Desperate scientists. Last hope. Kindly couple. No matter how much Superman changes over the years, that core origin is what truly defines the hero. It’s what I dig about him, what makes him so great because he happens to have absolute power and has managed to avoid being corrupted by it. But what if Superman had landed elsewhere? What if Superman was…a communist?

That was the idea behind the comic Red Son, which featured a Superman that had been raised on the collective farms of Soviet Russia during the Stalin days. It’s a damn good read, written by Mark Millar and drawn by the art team of Dave Johnson, Kilian Plunkett, Andrew Robinson, Walter Wong and Paul Mounts. It’s a saga that spans decades as Superman clashes with Lex Luthor, internal fears and various Cold War reimaginings of familiar heroes. And that Superman is getting a pretty awesome collectible statue.

The eagle-eyed among you may have noticed something else in those pictures: Red Son Wonder Woman. Which should make for a nice pair of statues when they hit the market next year April to June. If throwing down that many beans on a statue doesn’t apply to you however, do yourself a favour and check out the Red Son graphic novel. As I said, it’s a kickass ride of truth, justice and the Soviet Union way.