Home Gaming Titanfall 2 will be ‘something different’ 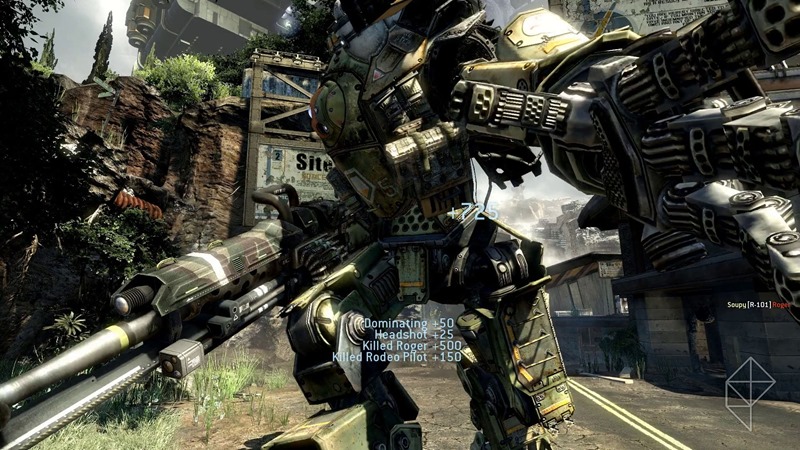 In news that will surprise nobody, a second Titanfall is in the works. For multiple platforms! With bigger robots! And your mom! Well, some of that may be a lie.

Speaking to IGN at the BAFTA Game Awards, Respawn studio co-founder Vince Zampella mentioned the multi-platform sequel to the Xbox One exclusive. “I guess EA announced a sequel, so I could play coy and pretend I don’t know anything about it, or… yeah. So we’re working on a sequel,” Zampella said.

No official name yet, but we’re working on that. That’s the main focus but we’re starting up a second team and doing some smaller stuff too.

One other thing that Titanfall 2 will also focus on, will be DLC content similar in style to what Evolve has done. No, not a blistering amount of cosmetic DLC that you can shell cash out for, but instead plenty of multiplayer maps that’ll be released for free after the game arrives. “I think that’s a fantastic way to do it,” Zampella said.

I think having the maps [released in paid] packs, splits the community and it makes it harder for matchmaking, it’s messy. I don’t know we won’t do it again, I can’t say that for sure, but the idea would be to do something different.

Titanfall was also a multiplayer-only game, with the in-game story being revealed in special online battles. Will the sequel actually include a proper single-player campaign? Zampella isn’t sure about that one. “As content creators you want to get into as many peoples’s hands as possible,” Zampella explained.

We put some single-player elements in there though, and tried to mix it up. Maybe we could have mixed things up a bit better. It’s tough, because if you hit people over the head with it it becomes intrusive, and there are people who don’t want or care about it. Where does the needle fall? I think it takes a while to figure that out.

I’m actually hoping that Titanfall 2 doesn’t have a single-player side in the traditional form of a massive campaign. What I wouldn’t mind however, is an offline option to fight against some bots in order to finetune new upgrades and weapon combinations, to get a feel for the kit before taking on far more deadlier and human opponents who are curious about the state of my mom and my face.

And it’ll hopefully be available locally as well this time, without the need to jump through hoops.