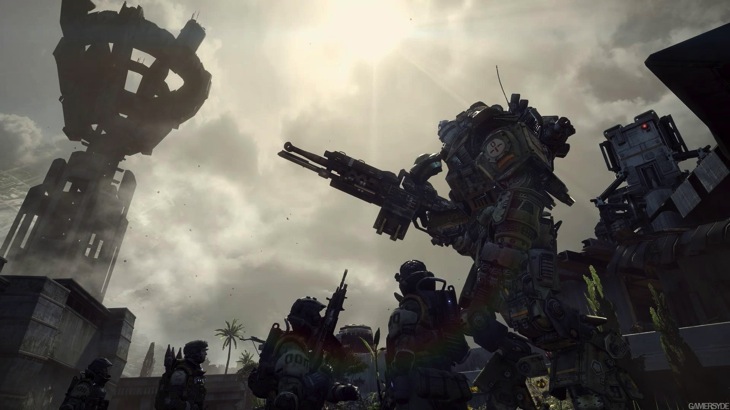 It feels like every day we get a little tidbit of information about Titanfall. Where are my titan-sized pieces of info? Oh well, please download this small piece of information and we promise that we’ll give you more as we go. Because you have the season pass to our hearts. Wait, this went radically off topic.

Vince Zampella, the man we always hear from at Respawn, told Game Spot that the game will include both paid DLCs and free updates:

Ah, so they will be adding private matches and probably other features as they are demanded by fans. Presumably the DLCs will include new maps, new titans, new guns and maybe even alternative match types. Considering the whole “multiplayer only” approach of the game, I’d imagine it’d be in everyone’s best interest to grab that season pass so that there are more people with all the extras to play with. Unless, of course, you’re playing on Xbox 360 – while the goal is for the experience to be as close as possible, the 360 simply won’t have the same capacity. In terms of Xbox 360 support regarding upgrades and patches, Zampella simply said:

We’ll have to sit down with EA and talk about that. My assumption is yes, but I don’t know if I’m the best person to speak for that.

Really, though, I can’t imagine the game being as fun on the 360 – it just feels like a top of the range game, begging for your PC or Xbox One. I really hope that we get an update on our local Xbox One release date before the game launches – if possible I’d rather wait a little bit and play the game on fancy new console. But I’ll probably cave and just play on PC with a controller.